CAMBRIDGE, Mass. — More than 100 eggs exhumed from a dinosaur graveyard in Argentina since 2013 reveal the world’s first evidence of herd behavior among the prehistoric beasts. Scans show the eggs belong to the same species, a primitive long-necked herbivore called Mussaurus patagonicus. The shells with the embryos still inside date back 193 million years, say scientists at the Massachusetts Institute of Technology.

Fossilized bones of 80 juveniles and adults have also been exhumed from the same site in southern Patagonia. The remains were grouped by age across an area about half a square mile on the dry margins of a lake. Eggs and hatchlings were in one area, adolescents nearby, and grown-ups scattered throughout, alone or in pairs.

This segregation is typical of a complex, social structure. The dinosaurs worked as a community, laying their eggs in a common nesting ground. Youngsters congregated in “schools” while adults roamed and foraged for the herd.

“This may mean the young were not following their parents in a small family structure,” explains study co-author Dr. Jahandar Ramezani, a geologist at the Massachusetts Institute of Technology (MIT), in a statement. “There’s a larger community structure, where adults shared and took part in raising the whole community,”

What did these dinosaur eggs tell scientists about social behavior?

The eggs are about the size of a chicken’s. Using state-of-the-art X-ray imaging, the team was able to examine the contents without breaking them apart. Remarkably, embryos were preserved within, which confirmed their identity as Mussaurus patagonicus.

The plant-eater reached up to 20 feet in length and weighed over a ton. It lived in the early Jurassic and is a member of the sauropodomorphs. They were the forerunners to Brontosaurus, Diplodocus, and other massive sauropods — the biggest animals that ever roamed Earth. The fossils indicate a communal nesting ground and adults who foraged and took care of the young as a herd. “To borrow a line from the movie ‘‘Jurassic Park‘ — dinosaurs do move in herds. And they lived in herds 40 million years earlier than the fossil record showed,” says Dr. Ramezani.

The international team, including experts from Argentina and South Africa, has been excavating the ancient sediments since 2013. Living in herds may have given Mussaurus and other sauropodomorphs an evolutionary advantage, they say. These early dinosaurs originated in the late Triassic, shortly before an extinction event wiped out many other animals. For whatever reason, sauropodomorphs held on and eventually dominated the terrestrial ecosystem in the early Jurassic.

“We’ve now observed and documented this earliest social behavior in dinosaurs. This raises the question now of whether living in a herd may have had a major role in dinosaurs’ early evolutionary success. This gives us some clues to how dinosaurs evolved,” Dr. Ramezani said.

Fossils of early sauropodomorphs were first discovered in the Laguna Colorada Formation around 50 years ago. Scientists named them Mussaurus, which translates to mouse lizard, as they assumed they belonged to miniature dinosaurs. Bigger skeletons were found much later, indicating the large size of Mussaurus adults. But the name stuck.

The bones are in three sedimentary layers, spaced closely. The region may have been a common breeding ground. Dinosaurs would have returned regularly, perhaps to take advantage of favorable seasonal conditions. One collection of eleven articulated juvenile skeletons intertwined and overlapped each other as if they had been suddenly thrown together. It is believed this particular herd of Mussaurus died “synchronously” and was quickly buried.

“People already knew that in the late Jurassic and Cretaceous, the large herbivore dinosaurs exhibited social behavior — they lived in herds and had nesting spots. But the question has always been, when was the earliest time for such herding behavior?” asks Dr. Ramezani.

The fossils were precisely dated through chemical analysis of volcanic ash from a distant eruption. Scientists say the dinosaurs would have been buried by a flash flood or windblown dust at the same time it was deposited.

The study shows Mussaurus and possibly other dinosaurs evolved to live in complex groups around the dawn of the Jurassic. Two other types of early dinosaurs — Massospondylus from South Africa and Lufengosaurus from China — are also believed to have lived in herds. The social behavior may have evolved even earlier, perhaps as far back as their common ancestor, in the late Triassic.

“Now we know herding was going on 193 million years ago. This is the earliest confirmed evidence of gregarious behavior in dinosaurs. But palaeontological understanding says, if you find social behavior in this type of dinosaur at this time, it must have originated earlier,” Dr. Ramezani adds. 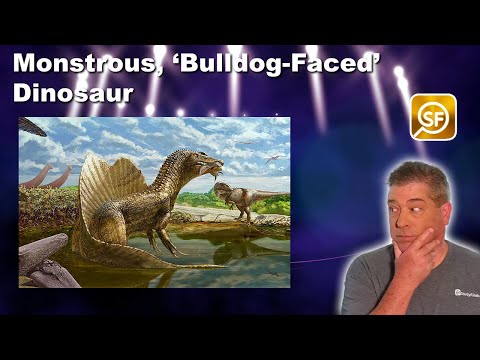