MANCHESTER, United Kingdom — Is there such a thing as going to the doctor too much? A new study finds family doctors are being overwhelmed by “frequent attenders” who visit their practices five times more often than other patients.

Researchers from the University of Manchester say these individuals make up around four in every 10 consultations. This isn’t a new trend either. The proportion of medical “regulars” has soared over the past two decades, years before the emergence of COVID-19.

The findings explain the rise in workloads for general practitioners (GP), with half believing the situation is risky.

“A relatively small number of patients are accounting for a large proportion of GP workload including face-to-face consultations,” says corresponding author Professor Evangelos Kontopantelis in a media release.

“Frequent attenders appear to be a major driver for the increase in consultations that have contributed to perceptions of increased workload in general practice,” the study author adds. “GPs should be looking at this group of patients more closely to understand who they are and why they are consulting more frequently.”

The findings come from an analysis of nearly 1.7 billion doctor’s appointments involving just 12.3 million patients over 20 years. The results also come after the pandemic has caused severe disruptions to medical practices over the last two years.

GPs have repeatedly sounded the alarm on the increasing pressures of an aging population, the complexity of care, and initiatives to shift treatment from hospitals into the community. A poll earlier this year found doctors were working 11 hours a day on average and seeing 37 patients — a third more than what experts consider safe.

Now, this first study of its kind shows the top 10 percent of “frequent attenders” are responsible for roughly 40 percent of all doctor’s visits. This ratio is also increasing over time, particularly when it comes to face-to-face consultations, which are actually falling among other patients. 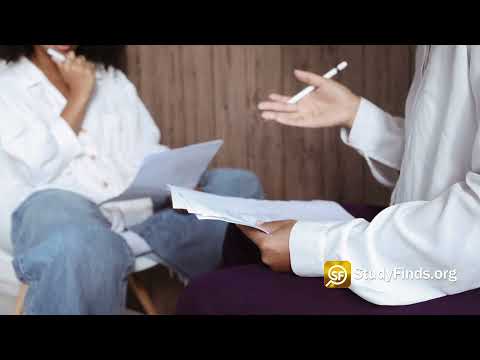 The Manchester team drew on anonymized information in the Clinical Practice Research Database. It covered 845 surgeries across the U.K. between April 2000 and March 2019, with 113 contributing doctor’s offices throughout the entire period. Frequent attenders show up for an examination around five times as frequently as the average patient.

“While many of these patients may have comorbidities and may need to be seen regularly, research suggest that they have wider social and psychological needs,” the researchers write in the journal BMJ Open.

Who are the most frequent attenders?

The evidence across Europe reveals that frequent attenders are more likely to be female, older, and have more social and psychiatric problems. They are also more likely to be taking drugs for mental illness, have more medically unexplainable symptoms, and more long-term conditions.

The researchers looked at consulting patterns with all staff, including administrative employees, and only with GPs either face-to-face, remotely, or by phone. Those visits with all staff in a practice more than doubled, rising from an annual average of 11 per person in 2000–01 to 25 in 2018–19. For family doctors only, the equivalent figures were an annual average of five visits in 2000-01 to eight per person in 2015-18.

There was relatively little regional variation across the entire United Kingdon in any of the trends, but face-to-face consultations with GPs and all staff were highest in Scotland and Northern Ireland.

Typically, frequent attenders visit their family doctor between 20 to 40 times a year. Researchers note this is an observational study and can’t determine the exact cause of this trend, but health officials believe loneliness may be part of the issue.

The U.K.’s National Health Service recommends that GPs refer frequent attenders to activities within their local community. Known as “social prescribing,” this can include art classes, walking groups, dance lessons, and volunteering opportunities.

“The large increase in the general practice workload in the last 20 years means that having extended multidisciplinary teams to meet a wide range of patient needs through a range of ways (eg, remote consultations) is perhaps the only solution for sustaining a viable primary care,” study authors conclude in their report.

“It is also likely that a multidisciplinary workforce in general practice could also better address the wider, not always medical, needs of frequent attenders.”