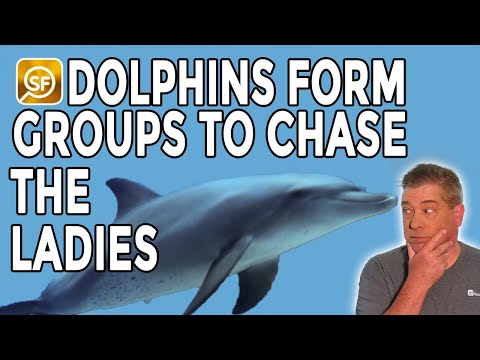 BRISTOL, United Kingdom — Cooperation between different alliances or groups of people is a hallmark of human civilization. Now, researchers from the University of Bristol have found that dolphins form the largest and most intricate social networks in the animal kingdom. To what end? To help males court females.

It turns out even dolphins need a “wingman” sometimes. Besides humans, study authors report male bottlenose dolphins form the largest multi-level alliance network observed by humans. The team at UB collaborated with scientists from the University of Zurich and University of Massachusetts on this project.

They used both association and consortship data to model the structure of alliances among a group of 121 adult male Indo-Pacific bottlenose dolphins living in Shark Bay, Western Australia. The analysis revealed that these dolphins form “first-order alliances” consisting of just two to three other males working together to cooperatively pursue mating relationships with individual females. Meanwhile, “second-order alliances” featuring four to 14 unrelated males will actively compete with other alliances over access to local female dolphins. Finally, the team even observed “third-order alliances” among cooperating second-order alliances.

When dolphins cooperate, their families get bigger

“Cooperation between allies is widespread in human societies and one of the hallmarks of our success. Our capacity to build strategic, cooperative relationships at multiple social levels, such as trade or military alliances both nationally and internationally, was once thought unique to our species,” says co-lead study author Dr. Stephanie King, an associate professor from Bristol’s School of Biological Sciences, in a university release.

“Not only have we shown that male bottlenose dolphins form the largest known multilevel alliance network outside humans, but that cooperative relationships between groups, rather than simply alliance size, allows males to spend more time with females, thereby increasing their reproductive success.”

“We show that the duration over which these teams of male dolphins consort females is dependent upon being well-connected with third-order allies, that is, social ties between alliances leads to long-term benefits for these males,” adds study contributor Dr. Simon Allen, a senior lecturer at Bristol’s School of Biological Sciences.

Humans are not so unique

Up until now, scientists have considered intergroup cooperation a uniquely human quality, dependent on two other features that separate people from our ancestors such as chimpanzees: the evolution of pair bonds and parental care by males.

“However, our results show that intergroup alliances can emerge without these features, from a social and mating system that is more chimpanzee like” notes study co-author Richard Connor, Professor Emeritus at the University of Massachusetts and now affiliated with Florida International University.

“It is rare for non-primate research to be conducted from an anthropology department, but our study shows that important insights about the evolution of characteristics previously thought to be uniquely human can be gained by examining other highly social, large-brained taxa,” comments study co-author Professor Dr. Michael Krützen, Head of the Anthropology Institute at the University of Zurich.

“Our work highlights that dolphin societies, as well as those of nonhuman primates, are valuable model systems for understanding human social and cognitive evolution,” Dr. King concludes.

The findings appear in the Proceedings of the National Academy of Sciences. 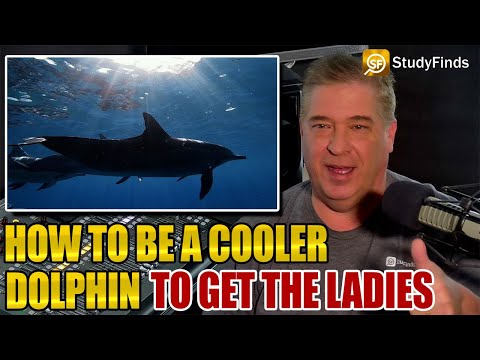