BRISBANE, Australia — When it comes to treating chronic ear infections, a new study suggests doctors should also take a look at the patient’s nose. Australian researchers found that the nasal microbiome — an environment that trillions of bacteria call home — plays an important role in protecting against ear infections.

Chronic middle ear infections are one of the most common and preventable causes of hearing loss. It impacts a person’s speech and language development. Study authors note that almost half of the indigenous children living in Australia are vulnerable to chronic ear infections, which could be contributing to a gap in education and future employment outcomes for this group. 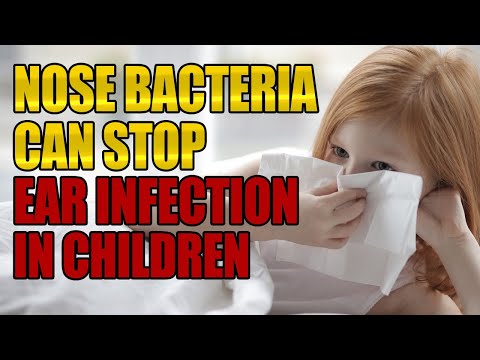 The research team swabbed the nasal cavity of 103 children between the ages of two and seven living in Queensland to examine the bacteria living in the nasal microbiome. Genetic sequencing showed that, compared to healthy children, those with a history of chronic middle ear infection had a different makeup in their nasal microbiome.

More specifically, children with past ear infections showed elevated levels of Moraxella compared to healthy children. The presence of the bacteria Dolosigranulum also shows a connection to Corynebacterium in healthy children.

Understanding the protective mechanism bacteria have against chronic middle ear infections could help in creating timely treatments and preventative medicine.

“This could take the form of a molecule that can be used as a drug for treatment, or as a protective probiotic so that these ‘good’ bacteria can be seeded in the nose early enough to offer protection against the incoming ‘bad’ bacteria,” says Seweryn Bialasiewicz, a senior research fellow at the University of Queensland, in a release.

Researchers published their findings in the journal Microbiology Spectrum.