UNIVERSITY PARK, Pa. — Who are people more likely to empathize with, an innocent animal or another human being? Although you might think people tend to gravitate towards lovable animals, researchers from Penn State say context matters when multiple things are pulling at our heartstrings.

Led by Daryl Cameron, associate professor of psychology and senior research associate at Rock Ethics Institute, this research likely holds major implications regarding how to best shape messaging to the public about various issues like new environmental policies.

So, what does all this mean? Prof. Cameron explains that when someone is deciding whether to show empathy or not, context plays a major role.

“It’s possible that if people are seeing humans and animals in competition, it might lead to them preferring to empathize with other humans,” Prof. Cameron says in a university release. “But if you don’t see that competition, and the situation is just deciding whether to empathize with an animal one day and a human the other, it seems that people don’t want to engage in human empathy but they’re a little bit more interested in animals.”

The research team defines empathy as “the process of thinking about another living thing’s suffering and experiences as if they were their own.” Importantly, this is different from compassion. Feeling bad for a friend after a tough day isn’t empathy unless you actually imagine and share what that person is feeling.

The first experiment, featuring 193 participants, asked participants to choose between empathizing with an animal or a human before the group actually saw their faces (either “a college-aged adult” or a koala bear). Participants tended to choose the human, and Prof. Cameron theorizes they may have thought it would be easier to empathize with a fellow person.

Once the second experiment stopped asking participants to directly choose between humans and animals, the results changed.

“Once humans and animals were no longer in competition, the story changed,” Prof. Cameron explains. “When people had the chance to either empathize with or remain detached from a human stranger, people avoided empathy, which replicates the previous studies we’ve done. For animals, though, they didn’t show that avoidance pattern. And actually, when we decoupled humans from animals, people actually were more likely to choose to empathize with an animal than a human.”

While further research is necessary, study authors say this work may hold major implications. For example, if they can confirm that people tend to choose humans over animals if forced to pick, that may very well influence how people feel about environmental policies.

“If people perceive choices about empathy in a way that makes it seem like we need to choose between humans or animals with no compromise — for example, choosing between using a parcel of land or conserving it for animals — they may be more likely to side with humans,” Cameron concludes. “But there may be ways in which those conversations could be tweaked to shape how people are thinking about managing their empathy.”

The study is published in The Journal of Social Psychology. 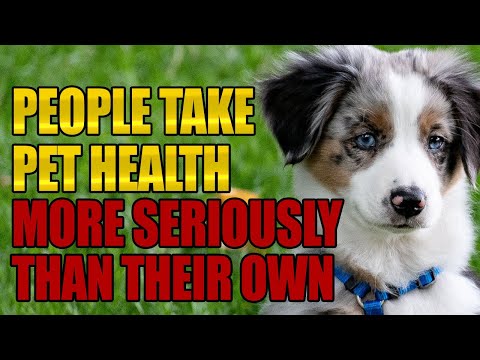 Is makeup making kids sick? Most U.S. children exposed to cancer-causing chemicals in cosmetics32 mins ago