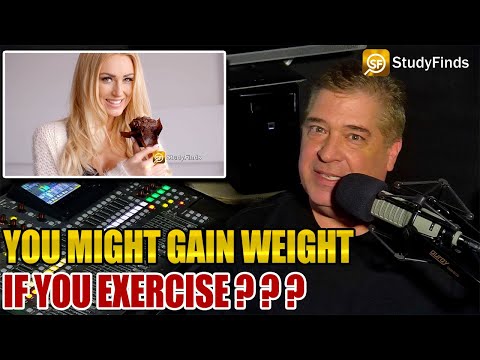 CHICAGO — Regular exercise is believed by many as the key to weight loss, but one study suggests otherwise. Researchers say that some people wind up gaining more weight despite having a workout routine because they eat less healthy foods, thinking the exercise offsets the poor diet.

The study by scientists at Loyola University Chicago conducted the study using data from young adults, aged 25 to 40, in five countries: the United States, South Africa, Jamaica, Ghana, and Seychelles.

Using tracking devices to measure participants’ activity, each individual also had their height, weight, and body fat recorded during an initial exam. They would participate in two follow-up exams in annual increments. These subsequent exams revealed that for each country examined, those who participated in moderate-intensity aerobic exercise for at least 150 minutes a week actually gained slightly more weight than those who did not. (The 150 minute yardstick is actually a guideline recommended by the U.S. Surgeon General.)

“Our study results indicate that physical activity may not protect you from gaining weight,” says Lara R. Dugas, lead author of the study, in a release.

Physical fitness can help prevent ailments such as heart disease and diabetes, and improve mental fitness by boosting one’s mood. But the researchers determined “it also increases appetite, and people may compensate by eating more or by being less active the rest of the day.”

This study also suggests that a sedentary lifestyle— the inverse of being active— has no direct correlation with weight gain. A fair question then may be: what does? The researchers conclude that the best predictors of weight gain were age, the participants’ weight at the initial visit, and gender.

As for where the U.S. compared to the rest of the countries, they were found to not only be the heaviest of the five nationalities on average, but reported exercising much less than participants from other countries.

The study is published in the journal PeerJ.

This article was first published February 7, 2017.