EXETER, United Kingdom — The concerning rise of online extremism over the past decade would lead many to believe more and more people are participating in this trend. However, researchers from the University of Exeter suggest that these seemingly sizable online communities may not be as active as they appear. Their study finds most of the posts on extremist forums actually originate from a much smaller collection of especially committed members.

Moreover, after analyzing these forums for a number of years, researchers say the chatrooms appear to always follow identical participation structures. According to the report, a very small “clique” of “hyper-posters” may be responsible for up to a third of all posts, supported by a slightly bigger second-tier of “super-posters” who are committed but tend to show more restraint. “Normo-posters” chime in every so often, while “hypo-posters,” or people who have only posted once or twice, make up the largest portion of users.

Study authors make a point to clarify that hyper-posters aren’t necessarily the most senior, central, or connected members of an extremist forum. In some cases, significantly fewer active posters also occupy central influential positions in discussions held on these forums. That said, hypo-posters do tend to reside on the periphery of the network, only engaging in one or a handful of discussions.

“Anecdotal evidence from existing case-studies already pointed to similarities in posting structure, so we anticipated to find it. However, what we didn’t expect to see was such a low level of diversity – if you put all the graphs and metrics side by side, they are hardly distinguishable,” says study co-author Professor Stephane Baele in a university release.

“These results not only clarify how influence works in extremist online spaces, they also deliver actionable intelligence for government agencies tasked with tackling online extremism and radicalization. As the rapid growth and diversification of extremist online spaces causes serious challenges to security and law-enforcement practitioners, this type of knowledge – which offers both general and granular observations – is directly useful.”

“We found in all forums there was a small clique of extremely active posters who occupy central roles in discussions. Extremist forums are hierarchical echo-chambers,” study co-author Dr. Lewys Brace concludes. “Having this more fine-grained categorical structure of user behavior will allow for more focused intervention measures such as targeted undercover posting strategies or better allocation of scarce resources for investigating specific users.”

The study is published in the Journal of Policing Intelligence and Counter Terrorism. 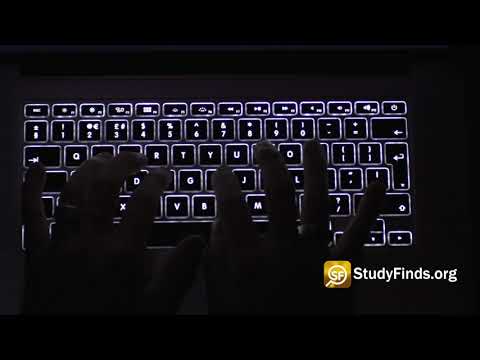