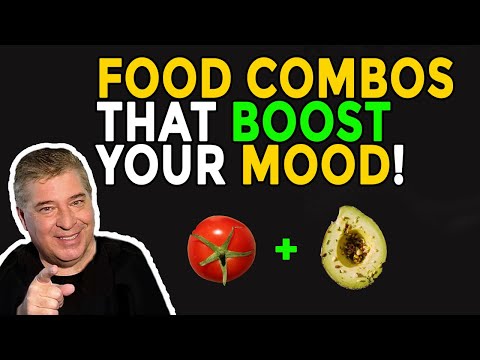 LONDON — The nutrition supplement industry collects billions of dollars from health-minded individuals who aim to nourish their bodies and specific organs simply through a pill or powder. Experts say everything we need for peak health can be found right in the foods we put on our plates — especially when we combine products. But a recent survey of 2,000 British adults shows that 21 percent of people have little or no understanding of vitamins and minerals and their role within their body.

The OnePoll study also finds that 54 percent of adults are unaware that combining different foods can benefit their health. Another 31 percent never think about mixing foods together to get more out of them.

Rob Hobson, a British nutritionist with a special interest in food science, says the right food combinations can actually “super-boost” your health. “We thrive on synergies and many of us create them in our lives without even knowing we are doing them,” says Hobson, speaking on behalf of UK supplement brand Healthspan, which commissioned the research. “From a biological point of view the body needs synergies to function properly. Food synergy is defined by the way in which certain foods and the nutrients they contain work together to offer health benefits stronger than the individual foods alone. So, sometimes simply combining two items can supercharge the impact it has on your health.”

What are some food combinations that can improve your health?

Hobson says if you want to boost your mood, combine your daily apple with some leafy greens. Having fish curry, which combines both turmeric and oily fish, can create a powerful anti-inflammatory. And eating banana together with yogurt can improve bone health and help with gut bacteria.

Olive oil helps the human body to absorb the vitamin A found in tomatoes and red peppers, which is required for healthy skin and eyes.

Lack of vitamins a problem for most adults?

Meanwhile, according to the survey, 54 percent think their diet is missing key vitamins or nutrients. Nearly 4 in 10 (39 percent) blame this on not knowing what vitamins and minerals are in different foods. Another 36 percent put it down to not knowing what nutrients they need.

Vitamin D (38 percent), iron (33 percent) and vitamin C (31 percent) are among the nutrients people are most likely to think they are lacking. As a result, 56 percent of respondents currently take a supplement, with 46 percent of those taking vitamin D and 35 percent consuming a general multivitamin.

“While the foods may have their own individual health benefits, this can be even greater when mixing them together as they can help the other one to better do its job,” says Hobson. “Our diet is hugely important for our health and paying more attention to what we eat, and how we combine foods, can be really beneficial and these can then be harnessed to target specific conditions such reducing inflammation, managing diabetes and heart disease or dealing with symptoms of the menopause.”

Despite this, 44 percent of people make no effort to ensure they get the right amount of vitamins every day — even though four in five believe someone’s health can be managed by what they eat. Nearly half (46 percent) think they’ve actually suffered a health issue because of poor nutrition.

That said, just 32 percent of those polled are confident they would know the signs they are deficient in certain vitamins and minerals.

“Food should always be first but cleverly combining combinations of vitamins and minerals in supplements can also play a role in supporting our health,” says Dr. Sarah Brewer, a medical director working with Healthspan.

10 SUPER MEALS TO IMPROVE YOUR HEALTH WITH FOOD SYNERGY, ACCORDING TO ROB HOBSON

Helps with: Reducing inflammation in the body which is at the root of all chronic diseases

This fish curry is loaded with omega 3 fatty acids found in salmon and curcumin which is the active compound found in turmeric. Together, this food synergy can amplify the anti-inflammatory effects of the individual nutrients alone. Reducing inflammation in the body can help to reduce the risk of many chronic diseases including those of the heart.

Lycopene is an antioxidant that has been linked to reducing the risk of heart disease. This plant compound has also been associated with an improvement in prostate health. Tomatoes are the richest source of lycopene which is aided in its absorption when combined with fat such as olive oil. Olive oil possesses many health benefits to support good heart health including reducing inflammation and increasing HDL cholesterol.

4. Breakfast smoothie made with probiotic yogurt and banana

Probiotic yogurt delivers beneficial bacteria such as Lactobacillus to the gut. Maintaining a balance of good to bad bacteria is essential for a healthy microbiota. This is important as the gut is where food is broken down and nutrients are absorbed and delivered around the body. Gut health is also closely linked to immunity. The addition of bananas adds prebiotics (inulin) to the mix. These indigestible fibers are fermented by bacteria in the gut. Essentially, they are helping to feed the bacteria in your gut helping it to flourish.

Black grapes are rich in polyphenol antioxidant catechin, which helps to prevent cardiovascular disease, cancer, and neurological disorders and in weight management. Together, onion and grapes inhibit blood clots and boost heart health. Studies have shown that this combination helps to improve cardiovascular protection by improving circulation.

Helps with: Cognitive function and mood

Iron deficiency is the most common nutrient deficiency across the globe. Non-heme iron from plant foods is less easily absorbed in the body. It is widely understood that non-heme iron is more readily absorbed in the presence of vitamin C. Plant source of iron include beans, pulses, lentils, dark green leafy vegetables, nuts and dried fruit. Red peppers are the richest dietary source of vitamin C but others include berries, broccoli, citrus fruits and potatoes.

Garlic and honey are often cited as being singularly antibacterial. However, research shown that in combination they have a greater ability to reduce the growth of pathogenic bacteria which is due to the synergistic action of phenols and fatty acids found in the foods. It has also been suggested that in combination these two foods may be a useful alternative treatment for upper respiratory tract infections or can be used alongside pharmaceutically prescribed antibiotics.

Best Online Jewelry Stores In 2023: Top 5 Companies Most Recommended By Experts50 mins ago