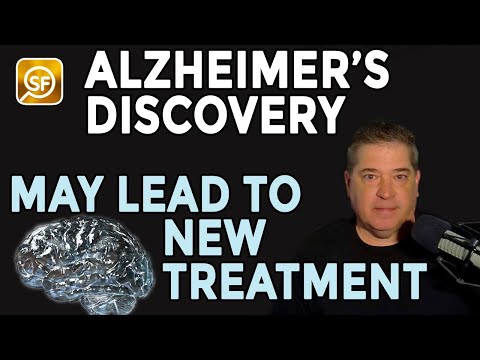 LOS ANGELES, Calif. — Having more “good” cholesterol in your body helps keep the heart healthy, but a new study finds it may also be protecting your brain as well. Researchers from the Keck School of Medicine of USC have discovered that higher levels of HDL cholesterol display a link to better brain health in older adults.

Scientists usually break cholesterol down into two categories — “bad” LDL cholesterol and “good” HDL cholesterol. LDL cholesterol is a big problem because it builds up in the arteries, causing blockages, and contributing to heart disease. HDL cholesterol, on the other hand, cleans up excess fats in the bloodstream, gathering them up for the body to break down.

One of these signs is better performance on cognitive tests later in life. The other is higher levels of a particular peptide — amyloid beta 42 — in their cerebrospinal fluid. Although this small protein is actually a key warning sign for Alzheimer’s onset when it misfolds in the brain, having healthy amyloid beta protects older adults from the disease.

“This study represents the first time that small HDL particles in the brain have been counted,” says Hussein Yassine, M.D., an associate professor of medicine and neurology at the Keck School of Medicine, in a university release. “They may be involved with the clearance and excretion of the peptides that form the amyloid plaques we see in Alzheimer’s disease, so we speculate that there could be a role for these small HDL particles in prevention.”

Researchers examined 180 healthy adults with an average age of 77, analyzing their blood plasma and cerebrospinal fluid. Using a technique called ion mobility, scientists counted and measured the size of individual HDL particles in their samples. Additionally, 141 participants completed a series of cognitive tests.

Among the participants taking the cognitive tests, older adults with higher levels of small HDL particles in their cerebrospinal fluid performed better than their peers. These seniors also scored higher regardless of their age, sex, education, or whether they were genetically predisposed to be at higher risk for Alzheimer’s.

“What we’re finding here is that before the onset of cognitive impairment, these oils — these small HDL particles — are lubricating the system and keeping it healthy,” Yassine says. “You’ve got a time to intervene with exercise, drugs or whatever else to keep brain cells healthy. We still need to understand the mechanisms that promote the production of these particles, in order to make drugs that increase small HDL in the brain.”

How is good cholesterol protecting people from dementia?

Study authors suspect that HDL cholesterol helps form a sheath around the brain which insulates it and its nerve cells. This allows the brain cells to quickly communicate amongst themselves and may play a role in the growth and repair of neurons.

Good cholesterol also appears to prevent inflammation in the barrier which separates the brain and blood system. Inflammation in this region is a key sign of cognitive decline. Researchers add that it’s also possible HDL is clearing away the misfolding clumps of peptides and proteins which disrupt brain activity — the leading cause of Alzheimer’s onset.

Researchers add that HDL particles reaching the brain are slightly different from HDL good cholesterol in the bloodstream. These smaller particles require a protein called apolipoprotein E (ApoE) to do their job. Interestingly, the APOE4 gene which makes someone more likely to develop Alzheimer’s is actually a mutation of the APOE gene which encodes the proteins that help cholesterol clean out the brain.

“People are realizing that there is more to late-onset Alzheimer’s disease,” Yassine concludes. “Perhaps it’s equally interesting to see how lipids are interacting with amyloid or how newer treatments can be focused not just on amyloid or tau, but also on fats and ApoE.”

The findings are published in Alzheimer’s & Dementia: The Journal of the Alzheimer’s Association.