BEIJING, China — Following a healthy lifestyle and sticking to a nutritious diet can help slow memory loss during old age, a new study reveals. A decade-long study of Chinese adults over the age of 60 shows that the benefits of healthy living even positively impact those with a gene making them susceptible to Alzheimer’s disease.

Carriers of the apolipoprotein E (APOE) gene — the strongest known risk factor for Alzheimer’s and other types of dementia — saw their memory loss slow down after making behavioral changes like quitting drinking.

Given the many possible causes of memory decline, the researchers believe that a combination of several healthy behaviors might be necessary to achieve the best effect. The team analyzed data on 29,000 adults over the age of 60. This group had an average age of 72 and normal cognitive function at the start of the study.

In 2009, researchers measured memory function using an Auditory Verbal Learning test (AVLT). Participants were also tested for the APOE gene, with results showing that 20 percent carried the Alzheimer’s gene. Follow-up assessments were conducted in 2012, 2014, 2016, and 2019.

What contributes to a healthy lifestyle?

The team then created a healthy lifestyle score combining six factors — healthy diet, regular exercise, active social contact, cognitive activity (reading and writing skills), not smoking, and never drinking alcohol. Based on their scores, ranging from zero to six, the team classified participants as “favorable” (4 to 6 healthy factors), “average” (2 or 3), or “unfavorable” (0 or 1). They also grouped the participants according to APOE carriers and non-carriers.

After taking into account other health, economic, and social factors, results show that each individual healthy behavior displayed a connection to a slower-than-average decline in memory over 10 years. Specifically, the study finds a healthy diet had the strongest effect on slowing memory decline, followed by cognitive activity and physical exercise.

Study authors suggest further research could focus on the effects of a healthy lifestyle on memory decline across the entire lifespan, acknowledging that memory problems can also affect younger people.

“These results might offer important information for public health initiatives to protect older adults against memory decline,” the study authors say in a media release. “Prevention is important, given the absence of effective treatments for Alzheimer’s disease and related dementias.”

The study is published in The BMJ. 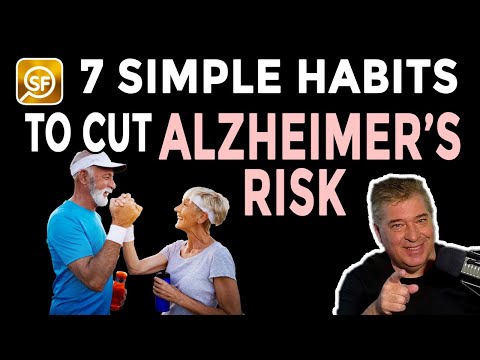