RALEIGH, N.C. — Dogs of all kinds have a reputation for possessing a fantastic sense of hearing. Generally, our canine friends can pick up on sounds four times further away than humans. Now, researchers from North Carolina State University have discovered an association between hearing loss in dogs and dementia.

“In humans, we know that age-related hearing loss is estimated to affect one-third of people over age 65,” says corresponding study author Natasha Olby, the Dr. Kady M. Gjessing and Rahna M. Davidson Distinguished Chair in Gerontology at NC State, in a university release.

“We also know that the rate of cognitive decline is approximately 30-40% faster in people with age-related hearing loss and that hearing loss is a greater contributor to dementia risk than other factors such as hypertension or obesity. But we don’t understand whether the same holds true for dogs.”

To investigate this topic, researchers analyzed 39 senior or geriatric dogs. Each dog underwent a series of auditory and cognitive tests, and their owners filled out two commonly used questionnaires – one focusing on cognitive ability and another covering quality of life. Additionally, the team compared cognitive testing, questionnaire scores, and age between the hearing groups.

The “average” dog can hear tones at 50 decibels (dBs) with no difficulty. Among the older dogs, 19 could hear at 50 dBs, another 12 could hear at 70 dBs, and eight could hear at 90 dBs — roughly equivalent to the noise a jet makes during takeoff. Within each of those groups, the average ages of the dogs were 12, 13, and 14 years-old, respectively. When researchers compared the hearing results to each owner’s quality of life questionnaire responses, it became apparent that scores related to vitality and companionship declined significantly as hearing deteriorated.

Also, study authors classified all eight of the dogs in the 90 dB group as “abnormal,” according to their cognitive questionnaire scores. Meanwhile, nine of the 12 in the 70 dB group and eight of the 19 in the 50 dB group fell into the abnormal category as well. Generally, the results of the cognitive tests indicate that as a dog’s hearing declines, so does their ability to perform tasks.

“Hearing loss is one of the biggest predictors of dementia in people,” Olby concludes. “Hearing loss also contributes to falls in elderly people, as sensory decline contributes to a loss in motor skills. So the connection between physical and neurological decline is clear for humans.

“This study indicates that the same connection is at work in aging dogs. But since we can potentially treat hearing loss in dogs, we may be able to alleviate some of these other issues. By quantifying neurological and physiological changes in elderly dogs, we’re not only improving our ability to identify and treat these issues in our pets, we’re also creating a model for improving our understanding of the same issues in humans.”

The study is published in the Journal of Veterinary Internal Medicine. 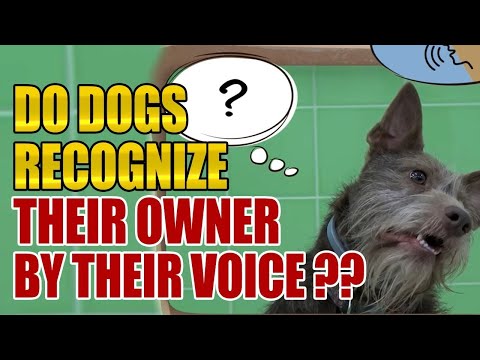