No one is suggesting you go out and secretly buy a new car or computer. However, it may not be such a bad thing to have a stash of candy hidden somewhere in the house, or have Amazon ship a new piece of clothing that’s on sale without telling anyone. The research team, including scientists from the Indiana University Kelley School of Business, the University of Connecticut, and Duke University, investigated the emotional, behavioral, and relational implications of small, secret purchases.

“In our study, we found that 90% of people have recently kept everyday consumer behaviors a secret from a close other — like a friend or spouse — even though they also report that they don’t think their partner would care if they knew about it,” says co-lead study author Kelley Gullo Wight, an assistant professor of marketing at the Kelley School, in a university release. “Even though most of these secret acts are quite ordinary, they can still — positively — impact the relationship. The positive impact is an important piece.”

Understandably, most prior research analyzing secrets in relationships focused on major (and often times negative) information like extramarital affairs or personal trauma. As people can probably imagine, secrets like those virtually always worsen relationship outcomes. This latest project took a different approach, opting to explore how often people avoid telling their significant others about their everyday consumption behaviors and the consequences of those actions.

Ultimately, researchers found that “secrets about mundane consumption,” like sneaking in an extra slice of pizza or skipping ahead in a TV show, often result in slight feelings of guilt that encourage the secret-keeper to invest more in their relationship.

A guilty conscience can be a good thing

According to the study, examples of “greater relationship investment” may include spending more money and time planning the perfect Valentine’s Day date or being willing to watch a partner’s favorite movie — even though they don’t like it.

To reach these conclusions, the research team conducted multiple experiments. They asked both partners in romantic relationships about their secret consumption habits, and also gathered even more data through hypothetical examples and scenarios.

Most participants admitted that the best description of their secret consumption of choice was a physical product (65%). Next came experiences (12%) and services (10%). Regarding secretly purchased products, most named food or drink (40%), followed by clothing, jewelry, or a hobby (10%), a gift or donation (8%), and a health, beauty, or wellness product (6.3%).

“One of my favorite findings is that partners often keep the same secrets from each other,” adds study co-author Danielle J. Brick, assistant professor of marketing at the University of Connecticut. “In one couple, both partners reported secretly eating meat when they were both supposed to be vegetarian.”

Prof. Wight adds that this research may also prove useful for companies and service providers. With this information in hand, businesses and marketers may want to consider asking their consumers about when and from whom they hide the use of their products, so they can better support the secret usage.

“We find that people generally keep consumption a secret from a specific person, not necessarily everyone, which means that encouraging secret consumption shouldn’t inhibit other marketing strategies, such as word of mouth,” Prof. Wight concludes.

The study is published in the Journal of Consumer Psychology. 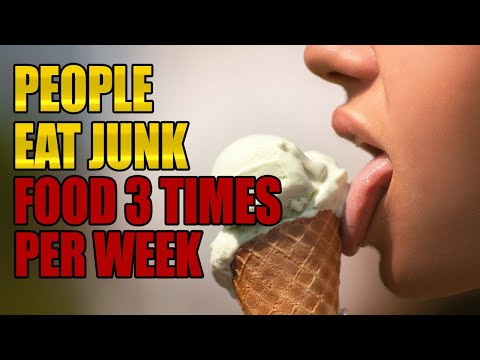 Best Of The Best Valentine’s Day Candy: Top 5 Sweet Treats, According To Expert Reviews1 hour ago

Vitamin D may not protect against asthma attacks after all, new findings suggest2 hours ago