SYDNEY, Australia — The prescription for a longer life may not be as painstaking as you might think. Short, one-minute sessions of vigorous activity — such as stepping up the housework or walking very fast — can halve the risk of a premature death, according to new research.

Just three bursts of huffing and puffing during daily chores are as good for you as playing sports or going to the gym. They slash the risk of developing cancer, cardiovascular disease, and any other life-threatening illness, according to scientists from the University of Sydney.

The findings are based on a review of more than 87,500 British adults followed for an average of seven years. It is the first study to accurately measure the health benefits of what the international team dubbed VILPA (vigorous intermittent lifestyle physical activity).

“Our study shows similar benefits to high-intensity interval training (HIIT) can be achieved through increasing the intensity of incidental activities done as part of daily living, and the more the better,” says lead author Emmanuel Stamatakis, Professor of Physical Activity, Lifestyle and Population Health at the University of Sydney’s Charles Perkins Centre, in a media release. “A few very short bouts totaling three to four minutes a day could go a long way, and there are many daily activities that can be tweaked to raise your heart rate for a minute or so.”

VILPA are very short bouts of vigorous exercise lasting one or two minutes — like running for the bus, power walking during errands, or playing high-energy games with the kids. Three sessions a day reduced cardiovascular disease mortality rates by 49 percent. Deaths from cancer and other causes plunged by 40 percent.

Prof. Stamatakis and colleagues analyzed data from wrist trackers worn by 25,241 participants in the UK Biobank who did not engage in leisure exercise before the study. They identified comparable results in 62,344 peers who did vigorous physical activity as part of their downtime.

The findings imply that whether vigorous activity is done as part of structured exercise or housework, the health benefits are the same. Most people over 40 don’t regularly exercise or participate in sports. Incidental physical activity can overcome many barriers, Prof. Stamatakis says.

“Upping the intensity of daily activities requires no time commitment, no preparation, no club memberships, no special skills. It simply involves stepping up the pace while walking or doing the housework with a bit more energy,” Prof. Stamatakis explains.

6 minutes of activity a day could save your life

The study found almost nine in 10 of all volunteers managed to do some VILPA, with 93 percent of those sessions lasting up to a minute. On average, participants did eight VILPA bouts of up to a minute each day, totaling six minutes a day. The bursts lasted around 45 seconds, on average.

Study authors found the steepest gains among those racking up four to five bouts a day compared to none at all. Larger benefits were found with larger amounts, suggesting the more people can ramp up their activity, the better it is for their health. The maximum number of vigorous sessions (11) led to a 65 and 49-percent reduction in cardiovascular and cancer death risk, respectively, in comparison to people doing no VILPA.

“These findings demonstrate just how valuable detailed and objective measures of physical activity can be when collected on a large-scale population. We are incredibly grateful to all of the 100,000 UK Biobank participants who wore an activity monitor for 7 days to generate these valuable data,” adds Professor Naomi Allen, Chief Scientist of UK Biobank.

Time to update the guidelines for exercise?

It was only in 2020 that the World Health Organization’s global Guidelines on Physical Activity and Sedentary Behavior, co-chaired by Prof. Stamatakis, acknowledged “all activity counts.” A stipulation that activity should be accumulated in 10-minute intervals was removed.

“The ability of wearable technology to reveal ‘micropatterns’ of physical activity, such as VILPA, holds huge potential for understanding the most feasible and time-efficient ways people can benefit from physical activity, no matter whether it is done for recreation or as part of daily living.”

Currently, health experts recommend at least 150 minutes a week of moderate-intensity aerobic exercise or 75 minutes of vigorous aerobic exercise, or a combination of both.

The study is published in the journal Nature Medicine. 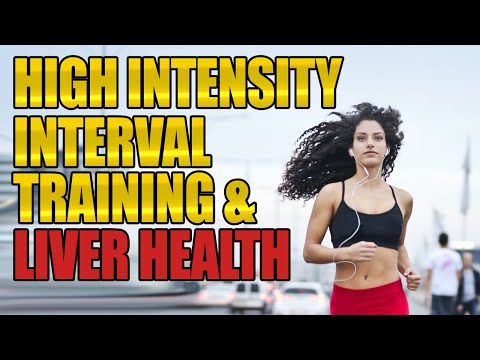 Best Super Bowl Commercials Of All-Time: Top 5 Most Memorable Ads, According To Experts50 mins ago