PALO ALTO, Calif. — It’s no secret that people pack on the pounds during the holiday season. However, a new survey may have many Americans avoiding that last party of the season for the sake of their waistline.

In a poll of over 500 adults, commissioned by Innerbody Research, nearly half (47.1%) typically gain four to nine pounds during the holidays. However, nearly one in five people (18%) add on 10 to 15 pounds before the end of the year!

With that in mind, over 61 percent of the poll claim they would skip a holiday party for fear of food temptation. Despite so many people packing on the holiday pounds, four in five say “staying fit” is important to them during the holiday season.

As for which holiday goodies tempt people the most, delicious holiday food is the greatest indulgence (31.6%). Nearly as many people (30.7%), however, say they can’t help but give in to drinking alcoholic holiday cocktails. One in five say their biggest holiday temptation is a non-alcoholic holiday beverage and nearly 14 percent fatten up on tasty desserts.

How can you keep the holiday weight off?

With so many respondents saying they want to stay fit and keep their healthy weight in check, it’s no surprise extra exercise during the holidays (45.7%) is the top trick Americans try to avoid weight gain.

More than one in three (37.4%) try to flush out their system by drinking more water. However, 36.9 percent simply skip holiday parties to avoid the temptation of filling up all together.

Other top tips to avoid holiday weight gain include: To better understand Americans’ potential concerns and behaviors regarding weight gain (or loss) during this holiday season, Innerbody Research surveyed 545 adults about their usual strategies for maintaining a healthy weight when faced with mounting holiday temptations. They also analyzed data from the U.S. Food and Drug Administration (FDA) on national weekly sales of sweets and other “junk foods” to determine when people were most likely to indulge in these sorts of foods. Also using this data, researchers were able to determine which regions of the U.S. typically spend the most on holiday-related foods per capita during the holiday season. 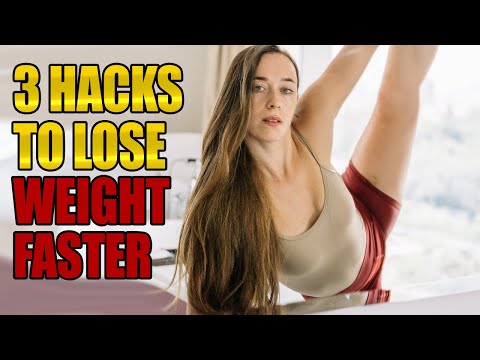