NEW HAVEN, Conn. — When it comes to fashion, a new study finds no bird beats the hummingbird. Researchers say the color diversity seen in the hummingbird’s plumage (a bird’s collective feathers) greatly exceeds any range of colors observed across all other bird species on the planet!

Yale ornithologist Richard Prum has studied the molecules and nanostructures making up the plumages of numerous bird species, but says he was totally surprised by what he saw in hummingbirds.

“We knew that hummingbirds were colorful, but we never imagined that they would rival all the rest of the birds combined,” says Prum, the William Robertson Coe Professor of Ornithology of Ecology and Evolutionary Biology, in a university release.

Gabriela Venable, a former undergraduate student in Prum’s lab and current grad student at Duke University, helped facilitate these findings by collecting data on the wavelengths of light reflected by the feathers of 1,600 plumage samples from 114 species of hummingbirds. The team compared all of that information to a pre-existing dataset of colors known to be a part of the plumages of 111 other bird species, ranging from penguins to parrots.

Next, thanks to their extensive knowledge of avian visual physiology, study authors were able to describe the diversity of bird plumage colors as seen by the birds themselves, even encompassing hues that are not visibly detectable to humans.

Birds possess four distinct types of color cones in their eyes that are sensitive to red, green, blue, and ultraviolet or violet colors. This means that birds can see all the colors we can, plus a variety of additional colors invisible to our eyes. Examples include mixtures of ultraviolet with other hues, such as ultraviolet-yellow and ultraviolet-green.

According to the research team at Yale, these secret bird colors are “as different from yellow or green as purple is from blue or red.” Hummingbirds contribute to avian color diversity by creating more of these combinations than other bird species.

According to these latest findings, the diversity of bird-visible colors present in hummingbird plumages surpasses the known diversity of colors found across the plumages of all other bird species combined! This study just increased the grand total of known bird-visible plumage colors by an incredible 56 percent.

Colors revealed in the plumages of hummingbirds include blue-greens, saturated blues, and deep purples that are most variable on the birds’ crowns and throats. Birds typically display these parts of their bodies prominently during mating season and social interactions.

Researchers explain that the incredible spectrum of colors seen in the hummingbird plumage is a result of nanostructures in their feather barbules, which are the smallest filaments projecting from their feather barbs.

“Watching a single hummingbird is pretty extraordinary,” Prof. Prum concludes. “But the combination of versatile optical structures and complex sexual displays make hummingbirds the most colorful bird family of all.” 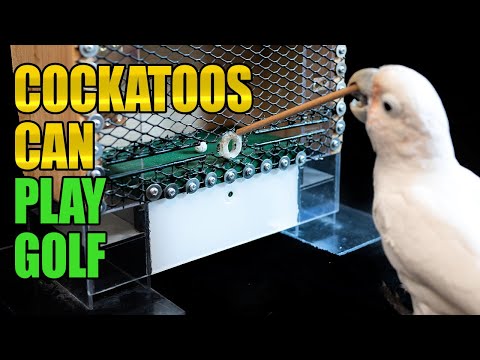 Check out the jaw-dropping new superyacht that’s hard to see — because it’s near-invisible!3 hours ago

Best Places To Live In The Midwest: Top 5 Cities Recommended By Experts4 hours ago

Best Sleeping Bags In 2023: Top 5 Camping Staples Most Recommended By Experts5 hours ago

Check out the jaw-dropping new superyacht that’s hard to see — because it’s near-invisible!