‘It’s not a secret that legal language is very hard to understand. It’s borderline incomprehensible a lot of the time.’

CAMBRIDGE, Mass. — Legal documents like contracts, deeds, and even the terms of service agreements for your apps can look like a word salad to the average person. All that fine print can frustrate anyone trying to read through these important papers, whether they’re a legal expert or not. So why do lawyers make it so darn difficult to understand a legal document? Researchers from MIT say they may have the answer but, more importantly, they know how to fix it!

Their study found that the biggest problem with most of these documents is the way lawyers insert long definitions of legal terms into the middle of a sentence. It’s a habit that linguists call “center-embedding,” but the MIT team notes it also makes sentences extremely hard to follow.

“It’s not a secret that legal language is very hard to understand. It’s borderline incomprehensible a lot of the time,” says senior author Edward Gibson, an MIT professor of brain and cognitive sciences, in a university release. “In this study, we’re documenting in detail what the problem is.”

“Making legal language more straightforward would help people understand their rights and obligations better, and therefore be less susceptible to being unnecessarily punished or not being able to benefit from their entitled rights,” adds Eric Martinez, a recent law school graduate and licensed attorney who is now a graduate student in brain and cognitive sciences at MIT. 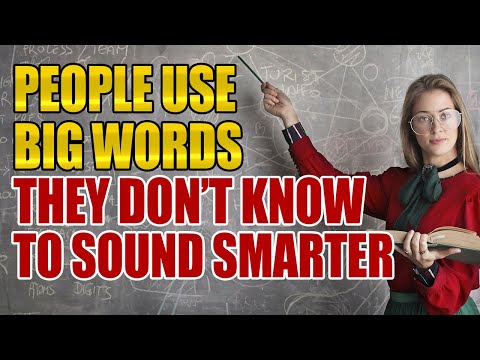 Breaking down the ‘legalese’

The team found an easy fix that immediately makes these long, mind-numbing sentences much more digestible for the ordinary reader. Simply put, if the people writing these documents save their center-embedding explanations for another sentence, it would allow readers to better understand both parts of the topic.

In their study, published in the journal Cognition, they provide an example of how the average, confusing legal document uses center-embedding:

The study authors then show how lawyers can tweak this to make the same exact discussion much easier to read:

Researchers showed both versions to a group of volunteers and found that their ability to understand and recall the meaning of the legal text improved when the team removed the center-embedded portion.

“Using center-embedded clauses is standard writing practice in legal documents, and it makes the text very difficult to understand. It’s memory intensive for anyone, including lawyers,” Gibson adds. “This is something you could change and not affect the meaning in any way, but improve the transmission of the meaning.”

While inserting wordy definitions into the middle of a perfectly straightforward sentence is the biggest problem with legal documents, the study also finds plenty of other things which can leave readers dizzy.

The team analyzed thousands of contracts, containing over three million words, to other kinds of writing like movie scripts, newspaper articles, and college papers. Along with center-embedded, researchers found that the use of unnecessary legal jargon makes it harder for people to understand what their contract is saying.

Some examples which make documents incomprehensible include rental contracts that use terms like “lessee” and “lessor.” The team found that lawyers could easily replace those words with much more common terms like “tenant” and “landlord.”

“We found more words that could have been simplified in legal text than in any other genre that we looked at, including academic text,” Martinez says.

So, why do lawyers write this way?

One reason the researchers have for lawyers using such a complex style is that they’re simply more familiar with writing this way and also want their work to look “professional” in the eyes of their peers.

“This is the first time someone has been able to say, here’s what makes legal language difficult to understand. Before, they just speculated, and maybe that’s why it hasn’t changed,” Gibson says. “If people know what makes it hard to understand, then maybe they can work on fixing it.”

The team argues that simplifying legal documents would help anyone who needs to read these papers and would especially benefit people who can’t afford a lawyer to help them.

“This is something that is especially important for those who are not able to afford legal counsel to help them understand the law,” Martinez concludes. “If you can’t afford to hire an attorney, then being able to read the documents on your own will better equip you to understand your rights.”

Entrepreneurs are often feverish workaholics. So what’s their secret to avoiding burnout?6 hours ago