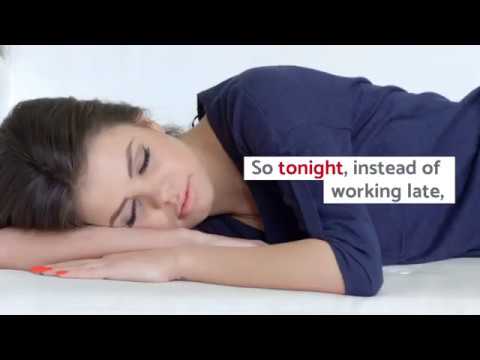 BALTIMORE — Getting less sleep on a regular basis doesn’t necessarily mean you’ll get more done with all that extra time on your hands. A recent study reveals that people who battle sleeping problems may actually be less productive on the job.

According to the study, people who regularly slept the recommended seven to eight hours per night were nearly 20% more productive than individuals who slept 5 to 6 hours per night. The effect worsened for those who slept less than 5 hours per night, with participants experiencing a 29% drop in productivity.

The aim of the study was to find out if sleep problems like insomnia, daytime sleepiness and snoring resulted in lowered productivity. Researchers turned to data from 1,007 participants ranging in age from 22 to 60 years old who took part in a lifestyle study led by the National Institute of Environmental Health Sciences. The amount of sleep was self-reported by participants and their productivity was assessed with a standard tool that looks at various aspects of a person’s lifestyle including health, workplace issues with coworkers and supervisors, mental health and financial stress.

Moderate to severe insomnia left individuals struggling more than others. Those suffering from it reported twice as much productivity loss than those without insomnia. Even mild insomnia caused a 58% loss of productivity compared to healthy sleepers. However, insomnia wasn’t the only sleep issue that affected productivity. General daytime sleepiness and those who snore regularly, which can be a sign of sleep apnea, also showed a decrease in productivity.

Lead author and student research assistant for the Sleep and Health Research Program, Robert Yang, points out in a media release that “this is further evidence that sleep is not wasted time — it’s wisely invested time!”

Forgoing rest to get more work done may not be a good way to go if you’re trying to get ahead in the workplace. So tonight, instead of working late, try investing in your personal and financial health by getting more sleep.

A research abstract of the study was published in the journal Sleep.

Live near a busy road? It could lead to a common hearing problem21 mins ago

What’s the safest seat on a plane? Unfortunately it’s the least popular one2 hours ago