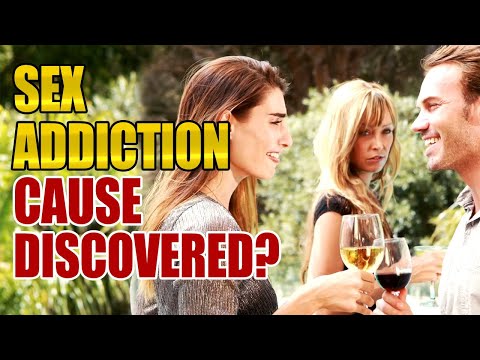 WASHINGTON — Too much of a good thing may be the reason some men experience sex addiction. Researchers have found that abnormally high levels of the so-called “love hormone” oxytocin can cause men to develop hypersexual disorder.

The team says this discovery could lead to the development of a drug that blocks this hormone. Moreover, they found that cognitive behavioral therapy may also work in easing this addiction.

Oxytocin, the hormone which boosts bonding in all humans, is also thought to make sexual activity more rewarding.

“We discovered that men with compulsive sexual behavior disorder (CSBD) had higher oxytocin levels compared with healthy men,” says lead author Dr. Andreas Chatzittofis from the University of Cyprus in a media release. “Cognitive behavioral therapy led to a reduction in both hypersexual behavior and oxytocin levels.”

“Oxytocin plays an important role in sex addiction and may be a potential drug target for future pharmacological treatment,” Dr. Chatzittofis explains.

Oxytocin production takes place in the hypothalamus, and then secreted by the pituitary gland. The hormone plays a key role in sexual behavior, but abnormal amounts may lead to sex addiction, according to the team. Estimates show one in 10 men and one in 12 women may deal with sex addiction.

The new research now reveals differences in the genetic make-up of sex addicts plays a role in this condition. It can have adverse effects on their lives, from broken relationships to depression and anxiety.

In 2018, the World Health Organization declared compulsive sexual behavior a mental illness for the first time. Health officials controversially listed on the International Classification of Diseases list, which scientists use to study health problems, injuries, and causes of death.

The study is published in the Journal of Clinical Endocrinology & Metabolism.