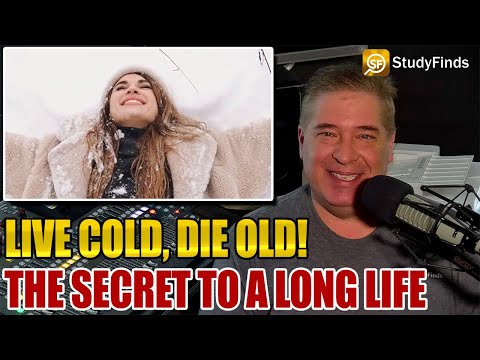 WENZHOU, China — If you want to know how to live longer, the answer may literally be to chill out. A new study finds that body temperature can have a bigger impact on your lifespan than your metabolism.

An international team says their study examined the real-world connections to the phrase “live fast, die young.” As an expression, it has come to mean people who engage in risky lifestyles usually die younger than their peers. In biology, however, scientists say it actually refers to animals that have a higher metabolic rate dying sooner than those with a slower metabolism. Simply put, these species burn themselves out faster.

Unfortunately, this relationship between metabolism and longevity isn’t always so clear. Generally, people on a calorie-restrictive diet see their metabolism slow — thereby improving longevity. However, exercise is one of the most basic ways to help people live longer — but it also increases metabolism. So, what’s the real secret to living a long life?

“We found that exposing the rodents to these conditions shortened their lifespans. Lower metabolism didn’t lengthen their lives, but higher temperatures shortened it,” says Professor John R. Speakman from the Shenzhen Institute of Advanced Technology in a media release.

In the next step of the study, researchers used small fans to blow cool air over the animals living the high temps. Although this didn’t change their metabolism, researchers say it prevented the mice and hamsters from having a high body temperature. Under these conditions, the animals did not suffer from a shortened lifespan.

The study authors conclude that body temperature appears to have a much more important role in determining lifespan than metabolic rate — creating the saying “live cold, die old.”