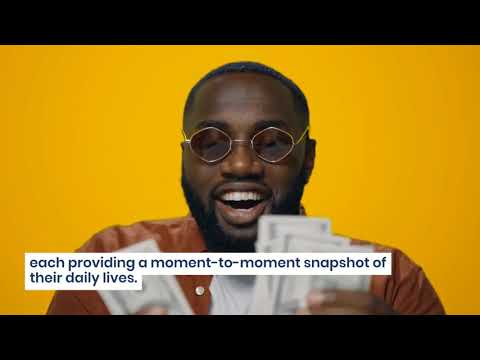 PHILADELPHIA, Pa. — The old saying goes “money can’t buy happiness,” but a new study finds that’s not exactly true. Although previous studies find there’s a limit to how much a person’s income impacts their happiness, a researcher from the University of Pennsylvania says the sky’s the limit when it comes to money’s influence over well-being.

Killingsworth’s study examined nearly two million data points from over 33,000 people; each providing a moment-to-moment snapshot of their daily lives. Other studies on income and happiness concluded that money stops mattering at around $75,000. The results of the new study, however, reveal that rising income continues to affect the earner’s well-being even into the hundreds of thousands of dollars.

Taking a snapshot of day-to-day life

Killingsworth’s study tracked the participants through an app he created called Track Your Happiness. The app focuses on experience sampling, which means people fill out quick surveys at random moments each day.

“It tells us what’s actually happening in people’s real lives as they live them, in millions of moments as they work and chat and eat and watch TV,” the Wharton School senior fellow explains.

While most studies of money and happiness look at evaluative well-being, encompassing overall satisfaction, Killingsworth’s surveys looked at both evaluative and experienced well-being. This other measure takes into account how someone feels at that very moment during the survey.

Questions like “how do you feel right now?” would pop up at random checkpoints, with a scale ranging from “very bad” to “very good.” As for evaluative well-being, participants answered questions such as “overall, how satisfied are you with your life?” with choices including “not at all” or “extremely.”

Overall, the study examined 33,391 employed participants between the ages of 18 and 65, providing 1,725,994 reports on experienced well-being.

‘All forms of well-being continued to rise with income’

After calculating the well-being of each person in the study, Killingsworth compared the results to each participant’s income. According to a 2010 paper, experienced well-being plateaus when someone hits $75,000 in annual salary. The new results find that number may have to change.

“It’s a compelling possibility, the idea that money stops mattering above that point, at least for how people actually feel moment to moment,” the researcher says. “But when I looked across a wide range of income levels, I found that all forms of well-being continued to rise with income. I don’t see any sort of kink in the curve, an inflection point where money stops mattering. Instead, it keeps increasing.”

In fact, the study reveals that each dollar a person makes matters the same to them, even as their salary reaches extremely high levels.

Killingsworth finds one of the main links between money and increasing happiness is the flexibility a higher income gives people.

“When you have more money, you have more choices about how to live your life. You can likely see this in the pandemic. People living paycheck to paycheck who lose their job might need to take the first available job to stay afloat, even if it’s one they dislike. People with a financial cushion can wait for one that’s a better fit. Across decisions big and small, having more money gives a person more choices and a greater sense of autonomy.”

Despite the results, the researcher cautions that placing too much emphasis on your monetary wins and losses can also have a negative effect on well-being. Also, while there may be no limit to how much money influences well-being, those gains only make up a small portion of what makes a person truly happy.

“If anything, people probably overemphasize money when they think about how well their life is going,” he concludes. “Yes, this is a factor that might matter in a way that we didn’t fully realize before, but it’s just one of many that people can control and ultimately, it’s not one I’m terribly concerned people are undervaluing.”

The study appears in the Proceedings of the National Academy of Sciences.