BIRMINGHAM, United Kingdom — Could a spoonful of honey beat antibiotic-resistant infections? A new study finds the combination of manuka honey and a common antibiotic can successfully treat a potentially fatal lung infection. Moreover, adding honey to the equation significantly reduces the side-effects from taking the drug alone.

What’s so special about Manuka honey?

Scientists say manuka honey has a reputation for having a wide range of medicinal properties. Most importantly among them is its broad antimicrobial activity. Manuka honey comes from bees in Australia and New Zealand which pollinate the native leptospermum scoparium bush — also called the tea tree.

The new study shows that it’s able to kill a number of different drug-resistant bacterial infections, including Mycobacterium abscessus — which typically infects patients with cystic fibrosis (CF) or bronchiectasis.

CF is a life-threatening disorder that damages the lungs and digestive system. There are roughly 105,000 cases of the condition worldwide. Bronchiectasis is a condition in which the airways of the lungs are damaged, making it harder to clear mucus.

Since Mycobacterium abscessus is in the same family as tuberculosis and can be fatal to patients with pre-existing conditions, the team explored how they could add this natural substance into existing treatments for lung infections.

Using a nebulizer — a device that produces a fine spray of liquid patients can inhale — they combined manuka honey with a smaller-than-usual dose of amikacin to create the new treatment. Results show the honey-based spray improved bacterial clearance in samples from 16 infected CF patients.

Typically, doctors prescribe a cocktail of antibiotics, consisting of more than 12 months of antimicrobial chemotherapy. The dosage of amikacin is usually 16 micrograms per milliliter however, researchers say this does not guarantee the treatment regimen will cure the infection. Moreover, that dosage of amikacin can cause adverse side-effects in patients.

The new treatment with honey used two micrograms per milliliter, significantly cutting the risk patients will have side-effects to amikacin.

“So far treatment of Mycobacterium abscessus pulmonary infections can be problematic due to its drug resistant nature. The variety of antibiotics required to combat infection result in severe side effects,” says lead author and PhD researcher Victoria Nolan in a university release.

“By combining a totally natural ingredient such as manuka honey with amikacin, one of the most important yet toxic drugs used for treating Mycobacterium abscessus, we have found a way to potentially kill off these bacteria with eight times less drug than before. This has the potential to significantly reduce amikacin-associated hearing loss and greatly improve the quality of life of so many patients – particularly those with cystic fibrosis,” adds Dr. Jonathan Cox, a senior lecturer in microbiology at Aston University.

The findings appear in the journal Microbiology. 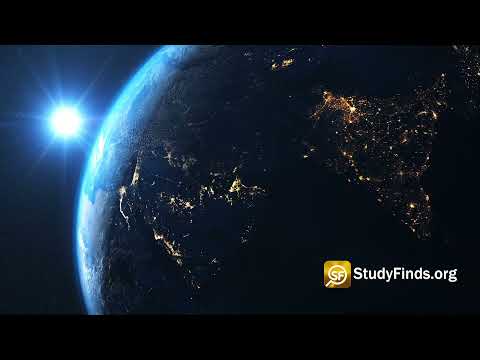 Spoiled rotten: Shopping with the kids adds nearly $50 extra in expenses27 mins ago