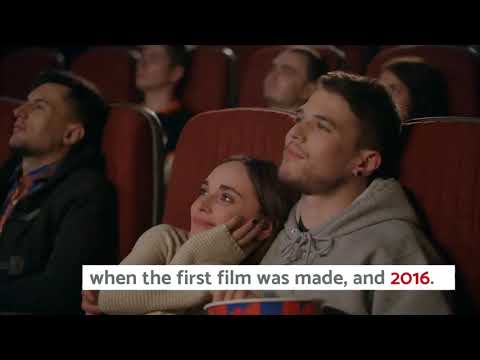 LONDON — Will your favorite new actor be a one-hit wonder or enjoy a long, prosperous career? It’s anyone’s guess, but mathematicians at the Queen Mary University of London say they’ve found a way to determine if a film star’s career has peaked or only just beginning to take off.

The research shows just how difficult it is to make it in show business. Data indicated that 70% of actors and actresses have careers that last only one year.

When breaking down the numbers and successful years of these actors and actresses, the researchers found that usually, acting careers are clustered in hot and cold streaks. Individuals of both sexes don’t typically work at a steady rate. In fact, show business unemployment rates consistently hover around 90%.

Of course, the study confirmed that the most famous actors wind up with the most jobs, what they liken to as the “rich-get-richer” effect. That means an actor’s success could be less about their acting ability and more about their career trajectory. Similarly, if an actor landed a role thanks to being in the right place at the right time or other stroke-of-luck circumstances, the rest of their career could hinge on that one role that may not have been ability-related.

Meanwhile, the authors say it’s rare for those who endured long stretches without a job to suddenly enjoy a comeback. It’s also difficult to predict such an occurrence in an actor’s career.

There’s also strong evidence of significant gender bias in the industry, with different employment and career patterns for actors and actresses. Actors, for example, are more likely to find work after a cold streak than actresses. Actresses’ most productive year is more likely than actors to be at the onset of their careers.

Additionally, in careers that last more than a year, it’s more common to see actresses with shorter careers than actors.

“Only a select few will ever be awarded an Oscar or have their hands on the Walk of Fame, but this is not important to the majority of actors and actresses who simply want to make a living which is probably a better way of quantifying success in such a tough industry,” says co-author Oliver Williams in a statement. “Our results shed light on the underlying social dynamics taking place in show business and raise questions about the fairness of the system. Our predictive model for actors is also far from the randomness that is displayed for scientists and artists.”

Interestingly, the study itself could potentially help some actors and actresses thrive — the authors say a screenwriter is developing a script based on the findings.