CHICAGO — “Beetle-burgers” could soon be helping to feed the world, according to new research. A group of scientists say the insects’ larvae — better known as mealworms — can serve as an abundant meat alternative that helps to alleviate hunger around the globe.

Mixed with sugar, they taste just like the real thing, according to the South Korean team. The study contends that mealworms could soon be an alternative in convenience foods such as sausages or chicken nuggets, since they are also a tasty source of extra protein.

Estimates predict the global population will reach 9.7 billion by 2050, and nearly 11 billion by the end of the century. Meat is basically protein, fat, and water. There is growing demand for resource-intensive animal-based products. However, food insecure regions are in desperate need of alternatives.

Researchers believe climate change will have significant implications for diet and nutrition in the future.

“Recently, eating insects has become of interest because of the increasing cost of animal protein, as well as the associated environmental issues,” says In Hee Cho, Ph.D., the project’s principal investigator, in a media release.

Consuming cows, pigs, and sheep requires large amounts of food, water, and land. Creepy crawlies, on the other hand, are edible, nutritious, and much more sustainable.

“Insects are a nutritious and healthy food source with high amounts of fatty acids, vitamins, minerals, fiber and high-quality protein, which is like that of meat,” says Cho, whose team operates at Wonkwang University in South Korea.

In many countries, eating insects isn’t common, with people often being squeamish about munching on them. Some manufacturers are trying to change opinions by selling cooked whole mealworms as crunchy, salty snacks, but acceptance is not widespread.

Dr. Cho is promoting a sneakier approach, by grinding the little critters into flavorsome seasonings inside easy-to-cook products. The study author notes that mealworms contain beneficial essential amino acids, along with being high in unsaturated fatty acids.

The oils boost health in a number of ways, including reducing cholesterol, easing inflammation, and improving heart rhythms. Cho adds that mealworms are one of the most widely used edible insects in the world. However, edible insects are not universally accepted in many food cultures due to their appearance and unique flavor.

The team first compared mealworm aromas throughout their life cycle, from egg to larva to pupa to adult, identifying differences in the individual compounds. All of the stages mainly contained volatile hydrocarbons which evaporate and give off scents.

For example, fragrances of raw larvae are similar to a combination of wet soil, shrimp, and sweet corn. The scents developed during various cooking methods. Steamed mealworms had a stronger scent of sweet corn. Roasted and deep-fried versions had shrimp and oil-like smells.

They included pyrazines, alcohols, and aldehydes. These findings suggest additional reactions when people heat mealworms with sugar. The “process flavors” emerge during caramelization and fatty acid oxidation. The result is usually a suite of “meat-like” and savory flavors, Dr. Cho explains.

In a series of experiments, different manufacturing conditions and ratios of powdered mealworm and sugars produced many varieties through the cooking of 98 volatile compounds. The team tested the samples, using a panel of volunteers to provide feedback about which had the best “meat-like” odor.

“As a result of this study, 10 of the reaction flavors were optimized based on consumer preferences,” says study co-author Hyeyoung Park.

This is the first time scientists have used beetle larvae to make fake meats. The researchers hope their results will lead to them becoming a normal part of meat alternative mass production. Meat-like and savory flavorings and seasonings will encourage the convenience food industry to include edible insects in their products, according to Dr. Cho.

The next step is to further improve cooking to reduce any potentially undesirable or off-putting flavors in the final material made from beetle larvae.

The researchers presented their results at the fall meeting of the American Chemical Society (ACS). 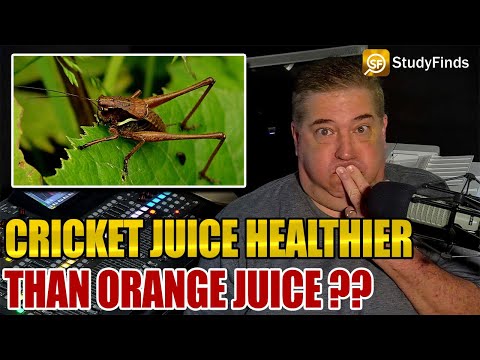