SYDNEY, Australia — Sticking to the Mediterranean diet can help young men overcome depression, according to a new study. Researchers from the University of Technology Sydney say doctors should look to send youngsters dealing with depressive symptoms to a nutritionist or dietitian as part of their treatment program.

The clinical trial is the first to assess the impact of a Mediterranean diet — which consists of fresh fruit and vegetables, fish, and grains — on young men’s mental health. For the study involving 72 men between 18 and 25, one group switched to the nutritious diet for 12 weeks while another group took part in befriending therapy.

Researchers assessed their mental health at the beginning of the trial and again after six and 12 weeks. The men on the Mediterranean diet had a “significantly” higher quality of life score than the group participating in befriending sessions.

Mental health may start in the gut

Their BDI-II score, which is a common measure of depressive symptoms, also got better more quickly. The researchers say the diet may help people suffering with poor mental health by helping their gut release serotonin.

The chemical is created by gut microbes, but they need to consume fiber to work well. Luckily, fruit and vegetables contain high amounts of fiber.

“These results highlight the important role of nutrition for the treatment of depression and should inform advice given by clinicians to this specific demographic population,” researchers write in The American Journal of Clinical Nutrition.

“The primary focus was on increasing diet quality with fresh wholefoods while reducing the intake of ‘fast’ foods, sugar and processed red meat,” says lead researcher Jessica Bayes from the University of Technology Sydney in a university release.

“There are lots of reasons why scientifically we think food affects mood. For example, around 90 per cent of serotonin, a chemical that helps us feel happy, is made in our gut by our gut microbes. There is emerging evidence that these microbes can communicate to the brain via the vagus nerve, in what is called the gut-brain axis,” Bayes continues.

“To have beneficial microbes, we need to feed them fiber, which is found in legumes, fruits and vegetables.”

Sticking with the plan

Around a third of depressed men fail to respond to standard treatments and researchers hope they will help people who may not respond well to existing treatments. The participants in this study were willing to take on the diet and wanted to carry on with it once the program had ended.

“We were surprised by how willing the young men were to take on a new diet,” Bayes adds. “Those assigned to the Mediterranean diet were able to significantly change their original diets, under the guidance of a nutritionist, over a short time frame.”

“It suggests that medical doctors and psychologists should consider referring depressed young men to a nutritionist or dietitian as an important component of treating clinical depression.”

“Nearly all our participants stayed with the program, and many were keen to continue the diet once the study ended, which shows how effective, tolerable and worthwhile they found the intervention,” the researcher concludes. 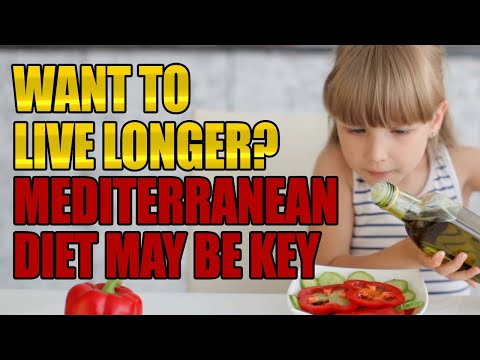 Is makeup making kids sick? Most U.S. children exposed to cancer-causing chemicals in cosmetics7 mins ago