NEW YORK — The Mega Millions record-breaking $1.35 billion jackpot numbers were drawn Friday night. The winning numbers are 30, 43, 45, 46, 61, and the gold Mega ball is 14. While millions of Americans with tickets are counting every possible way they’d spend this massive payout, you might want to take a time out — because Uncle Sam wants his cut too! Yes, if there’s a Mega Millions winner in this drawing, they’ll see a hefty chunk of change go to the government, but how much exactly will come out of the jackpot for taxes?

First of all, billion-dollar jackpots are starting to become the “new normal” for lottery players! This $1.35 billion Mega Millions drawing is the fourth payout to cross the billion-dollar mark since October 2018, according to USA Today. It’s also the second-largest prize in the game’s history. On Jan. 10, 2023, no one matched all six numbers (7, 13, 14, 15, 18, and Mega Ball 9) for the $1.1 billion jackpot.

Whoever ends up winning will definitely beat the odds, since the odds of winning the Mega Millions grand prize are 302 million-to-one! Hey, you’ve gotta be in it to win it, right? Unfortunately, your time as a billionaire won’t last very long, once you factor in all the taxes the government will be deducting from the $1.35 billion prize. So, the biggest question many people probably have is: how much am I really getting? Well, that actually comes down to two major factors.

The first factor is how you want that money paid out, in one lump sum or in a 30-year annuity. The lump sum is pretty straight forward, you get the Mega Millions jackpot all up front in one huge check. Meanwhile, anyone opting for the annuity gets one lottery payment up front and then 29 annual payments after that. For those opting for the 30-year annuity, Mega Millions officials say they increase each annual payment by five percent.

“This helps protect winners’ lifestyle and purchasing power in periods of inflation,” lottery officials write on their website.

Here’s where the first major catch comes in. Winners who opt for the lump sum lose around 50 percent of that $1.35 billion jackpot before it ever reaches their bank account! That brings the total down to $707,900,000.

Mega Millions jackpot taxes are more than you think!

Assuming you opt for the lump sum to avoid the uncertainty of a 30-year payment plan, it’s now time to start deducting the federal government’s share of the Mega Millions winnings. Although the IRS automatically withholds 24 percent of lottery winnings, you’re now an extremely rich person! That means you owe even more in taxes! If the winner opts for the Mega Millions lump sum on Jan. 13, that $707,900,000 becomes part of their 2023 federal income tax return, according to Kiplinger.

This sudden increase in income shoots the winner into the nation’s highest tax bracket of 37 percent. So, on top of the 24 percent the IRS just took out, the winner owes another 13 percent to the federal government. In total, that comes out to just under $262,000,000.

The second major factor in figuring out how much of the Mega Millions jackpot you’ll actually see is the state you live in. Since state taxes vary throughout the United States, this answer will change drastically depending on where the winner is.

However, for people in Alaska, Florida, Nevada, New Hampshire, South Dakota, Tennessee, Texas, Washington, and Wyoming, they’re off the hook because these states have no income taxes! Although California’s taxes are sky-high, they also don’t tax state lottery winnings. Moreover, Alaska and Nevada don’t sell Mega Millions tickets, but residents are allowed to buy them from other states.

For everyone else, unfortunately, that $446 million is subject to state taxes, with these taxes ranging from 2.5 percent in Arizona to a whopping 10.9 percent in New York! So, if someone is “unfortunate” enough to win the Mega Millions jackpot while living in New York on Jan. 13, they would owe another $77,161,100 in state taxes! That would drop the Mega Millions lump sum total to approximately $368,815,900.

That may be enough money for the rest of your life, but it certainly isn’t $1.35 billion! Thanks a lot, Uncle Sam. 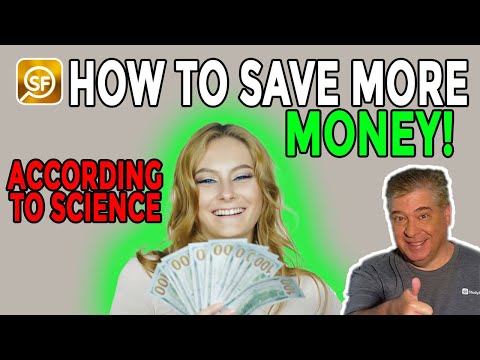 Adding milk to coffee doubles its anti-inflammatory power3 mins ago

Best Steakhouse Chains In America: Top 5 Restaurants Most Recommended For The Finest Filets17 mins ago

Entrepreneurs are often feverish workaholics. So what’s their secret to avoiding burnout?39 mins ago