DALLAS — Every stroke is an emergency situation, a new report explains. Although transient ischemic attack (TIA) — or “mini-stroke” — symptoms can fly under the radar, researchers with the American Heart Association (AHA) are explaining the importance of getting rapid emergency care after these events. They add this can prevent a full-on stroke in the near future.

In the United States alone, 240,000 people experience a TIA yearly. However, this number may be underrepresenting the true picture largely due to symptoms generally disappearing within an hour. Although TIA’s don’t cause lasting damage like full strokes do, almost one in five of those suffering a TIA will go on to have a stroke one within three months. Moreover, almost of half of the people in this group will have one within 48 hours.

Those at increased risk of suffering a TIA or stroke include those who smoke, have high blood pressure, diabetes, high cholesterol, or are obese. Other conditions that raise TIA risk include peripheral artery disease, atrial fibrillation, obstructive sleep apnea, and coronary artery disease. Symptoms like weakness or numbness on one side of the body, facial droop, slurred speech, dizziness, vision loss, or trouble walking may all appear suddenly. The acronym F.A.S.T. is a convenient way to identify the warning signs of a mini-stroke:

“Confidently diagnosing a TIA is difficult since most patients are back to normal function by the time they arrive at the emergency room,” says Hardik P. Amin, M.D., chair of the scientific statement writing committee and associate professor of neurology and medical stroke director at Yale New Haven Hospital, in a media release. “There also is variability across the country in the workup that TIA patients may receive. This may be due to geographic factors, limited resources at health care centers or varying levels of comfort and experience among medical professionals.”

What steps should doctors take after a mini-stroke?

Typically, once a patient enters the emergency room with TIA symptoms, the researchers say doctors need to do blood vessel imaging of the head and neck. Then, a non-contrast head CT should be done in order to rule out intracerebral hemorrhage and neurological symptoms that may mimic a mini-stroke. CT angiography may also be necessary in order to see if the arteries leading to the brain are narrowing. Nearly half of people with TIA symptoms experience narrowing brain arteries.

A magnetic resonance imaging (MRI) scan completed within 24 hours of symptom start is the ideal way to rule out stroke and other brain injuries, especially considering that 40 percent of patients that enter the emergency room with symptoms go on to be diagnosed with stroke after a brain scan. Finally, the team says doctor should complete blood labs to ensure that the root cause of the TIA symptoms isn’t low blood sugar or an infection.

If doctors ultimately diagnose the patient with a TIS, researchers recommend a cardiac assessment in order to detect possible factors that may be contributing to it. An electrocardiogram assesses heart rhythm and catches atrial fibrillation, which has been found in up to seven percent of people experiencing a stroke or TIA. The AHA even goes as far as to recommend heart monitoring for the next six months after a TIA. Finally, neurological consultations are also useful. According to the statement, research shows that close to 43 percent of people who’ve had an ischemic stroke due to blood clots had a TIA within a week of suffering their stroke.

“Incorporating these steps for people with suspected TIA may help identify which patients would benefit from hospital admission, versus those who might be safely discharged from the emergency room with close follow-up,” Amin says. “This guidance empowers physicians at both rural and urban academic settings with information to help reduce the risk of future stroke.”

The study authors say it’s imperative that all of these teams continue to work together to improve outcomes and prevent strokes wherever possible, by identifying the need for hospitalization quickly.

The statement is published in the journal Stroke. 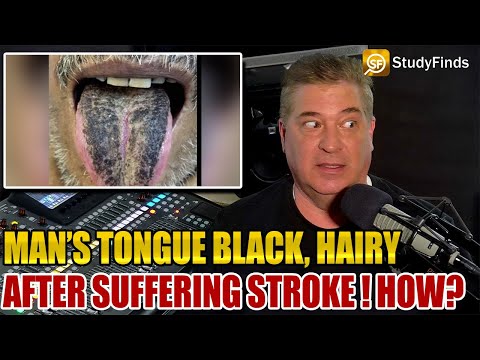