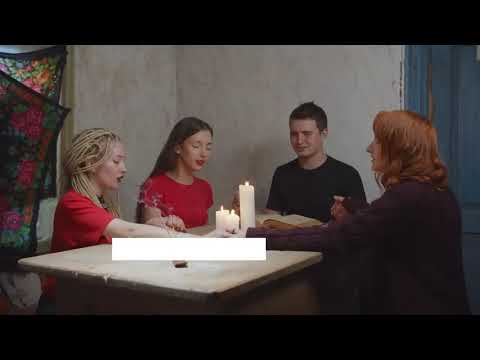 BOCA RATON, Fla. — As Halloween arrives, many Americans will be stopping by a “haunted” house during the spooky festivities. It turns out, however, that many don’t even have to step out their front door to meet a ghost! A new poll finds 83 percent of respondents have witnessed some paranormal activity inside their own home.

The survey of 1,000 people across the country, conducted by Cinch Home Services, also found that three-quarters of these individuals are still living in that same house! Nearly two-thirds (64%) say they already believed in ghosts before their experience, but 30 percent say their encounter with the paranormal pushed them to believe.

When it comes to what people are hearing or seeing in their spooky dwellings, 46 percent say they heard strange sounds in their home, while 42 percent said the lights started turning on and off by themselves. One in three (35%) heard voices in their home. While most Americans are sticking it out with their supernatural neighbors, the poll finds one in 10 respondents have actually sold their home because of a paranormal experience.

Something strange is happening upstairs

If you think that rickety old houses are the only places where ghosts live, think again! Although, the survey finds 55 percent of these paranormal experiences took place in a free-standing home, 23 percent occurred in an apartment building. Another 22 percent occurred in a condo or town house.

Half of these spooky encounters (49%) happened in a home that has at least two floors. Ghosts and spirits don’t mind smaller homes though, with 46 percent of hauntings coming in a single-story house.

Surprisingly, researchers found that 60 percent of Americans experiencing the paranormal admit they were told about “odd events” occurring in their home before they moved in. Over four in 10 (43%) heard their new home was haunted and 23 percent were informed that someone had died there in the past.

Whether their homes had a history of paranormal activity or not, some people probably brought their bad luck on themselves! Before their spooky incidents, one in three respondents say they brought a “haunted” object into their new home. Three in 10 listened to ghost stories and 27 percent actually played around with a Ouija board ahead of their ghostly meeting.

‘I need an old priest and a young priest’

Although many might think October is the spookiest month of the year and the perfect time for paranormal events, most of these incidents actually take place in the summer! In fact, 39 percent of paranormal experiences occur during May, June, and August. As many might expect however, 16 percent of these strange happenings take place between 1 a.m. and 3 a.m.

Over half of these experiences (51%) take place when Americans are alone, with a third happening in the living room and 31 percent occurring in a bedroom. Another seven percent of ghosts enjoy hanging out in the kitchen.

So how do Americans deal with the supernatural? Just like in “The Exorcist,” 36 percent contact a religious figure when ominous spirits appear. Another 29 percent reach out to a medium in order to speak with the ghost. One in five go the “Ghostbusters” route — contacting a so-called ghost hunter for help.

Unfortunately, many ghosts simply don’t want to leave their homes. One in three respondents encountering the paranormal say their attempts to remove a ghost failed. One in four claim they successfully got their unwelcome houseguest to leave and 43 percent decided to leave their visitor alone.

Think living in an allegedly haunted house is a turn-off to potential buyers? Don’t be so sure. The survey finds 60 percent would tell a prospective buyer that the house is haunted.

Over half the poll also claim they’d be willing to purchase a haunted house, but 59 percent would also expect a discount from the seller. Once the house is theirs, some Americans plan on putting their friendly ghosts to work. One in 10 respondents say they would turn their haunted house into a Halloween attraction.

For those who go all-out, previous studies have found that haunted house attractions can bring in as much as $50,000 a season for these homeowners.