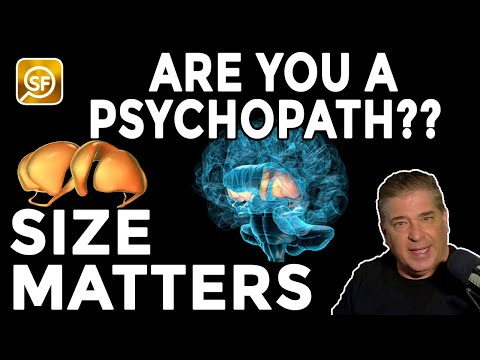 SINGAPORE — Do you have the brain of a psychopath? A new study reveals that a key brain region is significantly larger in people who develop a psychopathic personality.

Researchers at Nanyang Technological University (NTU) in Singapore used MRI scans to show that the striatum is approximately 10 percent larger in psychopathic individuals compared to people with no psychopathic traits. This region is part of the forebrain, an area that contains the entire cerebrum and which helps to coordinate cognition, motor and action planning, decision-making, motivation, reinforcement, and reward perception.

What makes someone a psychopath?

Psychopaths are typically individuals who have an egocentric and antisocial personality. They generally lack remorse for their actions and display a lack of empathy for others. This can lead to a greater tendency to commit criminal acts.

Although previous studies have found a link between increased activity in the striatum and psychopathic behavior, researchers say it’s been unclear what role size plays in this behavior. Moreover, not all psychopathic behavior leads to people breaking the law and not all criminals are psychopaths. Despite that, study authors say there is a clear connection between more violent behavior and people who display more psychopathic traits.

“Because biological traits, such as the size of one’s striatum, can be inherited to child from parent, these findings give added support to neurodevelopmental perspectives of psychopathy – that the brains of these offenders do not develop normally throughout childhood and adolescence,” says Professor Adrian Raine from the Departments of Criminology, Psychiatry, and Psychology at the University of Pennsylvania in a media release.

“By replicating and extending prior work, this study increases our confidence that psychopathy is associated with structural differences in the striatum, a brain region that is important in a variety of processes important for cognitive and social functioning. Future studies will be needed to understand the factors that may contribute to these structural differences,” adds Associate Professor Andrea Glenn from the University of Alabama, who did not take part in the research.

The new study scanned the brains of 120 participants in the United States before interviewing them using the Psychopathy Checklist – Revised.

Along with finding that a psychopath’s striatum is larger than the normal person’s, the team found that having a larger striatum also increases that person’s need for more stimulation. This comes in the form of more thrills and excitement — which also increases the likelihood of someone engaging in more impulsive behavior.

The striatum is also part of the basal ganglia, a cluster of neurons inside the center of the brain. The basal ganglia receive signals from the cerebral cortex, the brain region controlling social behavior.

“A better understanding of the striatum’s development is still needed. Many factors are likely involved in why one individual is more likely to have psychopathic traits than another individual. Psychopathy can be linked to a structural abnormality in the brain that may be developmental in nature. At the same time, it is important to acknowledge that the environment can also have effects on the structure of the striatum,” says Assistant Professor Olivia Choy, from NTU’s School of Social Sciences.

“We have always known that psychopaths go to extreme lengths to seek out rewards, including criminal activities that involve property, sex, and drugs. We are now finding out a neurobiological underpinning of this impulsive and stimulating behavior in the form of enlargement to the striatum, a key brain area involved in rewards,” Prof. Raine concludes.

The study is published in the Journal of Psychiatric Research.

Is makeup making kids sick? Most U.S. children exposed to cancer-causing chemicals in cosmetics18 seconds ago