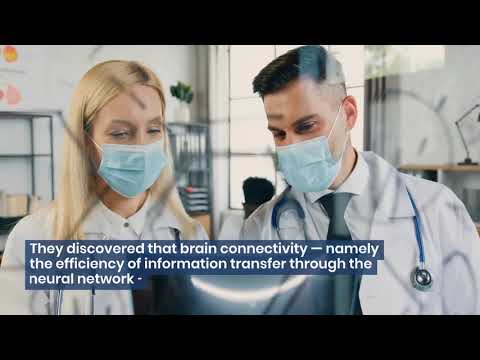 TEL AVIV, Israel — Mankind’s collective ego may be about to take a big hit. Humans have always reigned supreme on planet Earth when it comes to intelligence. Indeed, it’s our intellect and capacity for critical thinking that primarily separates us from the rest of this planet’s inhabitants. That’s why the findings of a new study are so surprising. Researchers from Tel Aviv University, after examining and comparing brain connectivity across 130 different mammalian species (including humans), conclude that brain connectivity is equal among all mammals.

“We discovered that brain connectivity — namely the efficiency of information transfer through the neural network — does not depend on either the size or structure of any specific brain,” says Professor Yaniv Assaf, of the School of Neurobiology, Biochemistry and Biophysics, in a release. “In other words, the brains of all mammals, from tiny mice through humans to large bulls and dolphins, exhibit equal connectivity, and information travels with the same efficiency within them. We also found that the brain preserves this balance via a special compensation mechanism: when connectivity between the hemispheres is high, connectivity within each hemisphere is relatively low, and vice versa.”

Many scientists theorize, or assume, that the human brain features far more intricate levels of connectivity in comparison to other mammals. But, this study author’s weren’t so sure.

“We know that key features are conserved throughout the evolutionary process. Thus, for example, all mammals have four limbs. In this project we wished to explore the possibility that brain connectivity may be a key feature of this kind — maintained in all mammals regardless of their size or brain structure. To this end we used advanced research tools,” explains study co-author Yossi Yovel, a professor at the School of Zoology.

So, advanced diffusion MRI brain scans were taken of 130 animals, with each mammal representing a different species. A wide variety of mammals are included in the research, from bats to dolphins. Meanwhile, 32 humans had their brains scanned as well. MRI scans detect and illuminate white matter in the brain, allowing the research team to reconstruct each mammal’s neural network.

One’s neural network consists of the neurons and axons that move information around, and the synapses where those neurons meet.

Next, the study’s authors had to figure out how to accurately compare scans of different mammals with one another. For example, comparing an MRI scan of a bear to a squirrel represented a challenge due to the drastically different sizes/structures of the two animals’ heads. To overcome this difficulty, researchers utilized Network Theory (a branch of mathematics). This approach facilitated the creation of a way to universally measure brain conductivity in mammals of all shapes and sizes. In simpler terms, the research team counted the number of synopses a piece of information must pass through go from one place to another in a neural network.

“A mammal’s brain consists of two hemispheres connected to each other by a set of neural fibers (axons) that transfer information,” Professor Assaf says. “For every brain we scanned, we measured four connectivity gages: connectivity in each hemisphere (intrahemispheric connections), connectivity between the two hemispheres (interhemispheric), and overall connectivity. We discovered that overall brain connectivity remains the same for all mammals, large or small, including humans. In other words, information travels from one location to another through the same number of synapses.

“It must be said, however, that different brains use different strategies to preserve this equal measure of overall connectivity: some exhibit strong interhemispheric connectivity and weaker connectivity within the hemispheres, while others display the opposite,” he notes.

The professor suggests that future studies could investigate how different types of brain connectivity impact “various cognitive functions or human capabilities such as sports, music, or math.” In the meantime, Assaf believes the work reveals the existence of a new universal law among mammals: Conservation of Brain Connectivity.

“This law denotes that the efficiency of information transfer in the brain’s neural network is equal in all mammals, including humans. We also discovered a compensation mechanism which balances the connectivity in every mammalian brain. This mechanism ensures that high connectivity in a specific area of the brain, possibly manifested through some special talent (e.g. sports or music) is always countered by relatively low connectivity in another part of the brain. In future projects we will investigate how the brain compensates for the enhanced connectivity associated with specific capabilities and learning processes,” he explains.

The study is published in Nature Neuroscience.