ZURICH, Switzerland — It’s long been believed that children who learn a musical instrument generally perform better in school. A new study may provide an explanation for this musical connection. Researchers from the University of Zurich say musicians have super connected brains compared to people who don’t play instruments.

Their findings reveal those who begin practicing an instrument at a younger age — like musical geniuses such as Mozart — have stronger connections than those who pick up an instrument later in life. The discovery shows just one of the ways in which people’s experiences can shape their brain.

Whether it’s playing the piano, the clarinet, or the trumpet, researchers find musicians have stronger structural and functional connections in comparison to people who don’t play instruments. This applies regardless of whether musicians have innate pitch ability, according to the study.

“Years of musical training shape the brain in dramatic ways,” researchers Simon Leipold, Carina Klein, and Lutz Jäncke note in a media release. “A minority of musicians – with Mozart and Michael Jackson in their ranks – also possess absolute pitch, the ability to identify a tone without a reference. But, it remains unclear how this ability impacts the brain.”

“Musicians that began their training at a younger age had stronger structural connections than musicians with a later start. These results demonstrate how experience shapes the brain, especially early in life, and how enhanced musical skills are represented in our brain.” 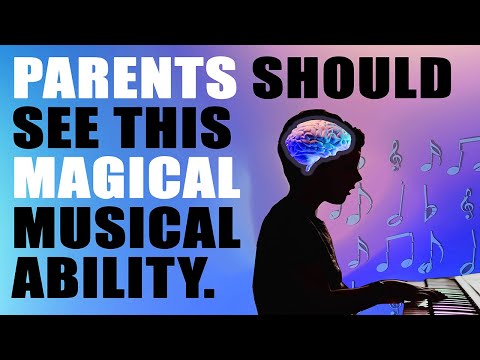 How does music change the brain?

In the biggest sample to date, Dr. Leipold and the team compared the brains of professional musicians to non-musicians. Some musicians had perfect pitch, which refers to the rare ability to identify a given musical note without any reference tones, while others did not.

“The two musician groups showed strikingly similar networks across all analyses. Our results suggest that long-term musical training is associated with robust changes in large-scale brain networks,” the team write in the journal JNeurosci.

Compared to those who don’t play instruments, both types of musicians had stronger functional connectivity – the synchronized activity of brain regions. This refers to the auditory regions of both brain hemispheres. Musicians also had stronger white matter connections between auditory regions and lobes involved in various types of high-level processing.