DELFT, Netherlands — A new hybrid optical wireless network is more accurate than GPS and can track vehicles in crowded cities to within four inches!

Self-driving cars may soon dominate the roadways of the future, which could be a scary prospect using today’s currently unreliable and unsynchronized global navigation satellite systems. Dutch researchers at Delft University of Technology and Vrije Universiteit Amsterdam say American GPS and European Galileo navigation networks rely on satellite systems which often have their signals blocked or reflected through a phenomenon known as multipath propagation.

The team is building upon existing mobile network tools and plans to tie their system to an incredibly accurate atomic clock which could broadcast out perfectly timed location data.

In a project dubbed “SuperGPS,” the team has successfully developed a real-time pinpoint positioning system which provides connectivity similar to existing mobile and Wi-Fi networks. One major goal of the project is creating a back-up system for navigation app users, law enforcement, and self-driving cars which won’t have to rely on shaky satellite radio signals. Current global navigation systems often toil with the inherent issue of satellite reception — particularly in urban areas.

“In a busy city center with a lot of high buildings two effects can come into play: the buildings can block the signal and in tunnels there is no coverage at all. An incoming signal can also be distorted when signals bounce off the façades of buildings,” says GPS researcher Peter De Bakker in a university release.

Current GPS and Galileo satellite positioning systems — known as global navigation satellite systems (GNSS) — can deviate by hundreds of meters, the authors note, “and that could literally be fatal if you are in a self-driving car.” Radio and satellite-derived GPS signals can often be reflected and confuse navigation devices, particularly around tall buildings.

“This can make GPS unreliable in urban settings,” says study co-author Christian Tiberius. “Which is a problem if we ever want to use automated vehicles. Citizens and our authorities actually depend on GPS for many location-based applications and navigation devices. Furthermore, so far we had no back-up system.”

The Dutch researchers’ optical and wireless developments take advantage of infrastructure tools which are currently used by major mobile communication networks such as AT&T, Verizon, France’s Orange, and Germany’s Deutsche Telekom. Fiber-optic Ethernet networks and a constellation of radio transmitters are set to be synchronized with atomic clocks already carried on-board many modern vehicles.

“We realized that with a few cutting-edge innovations, the telecommunication network could be transformed into a very accurate alternative positioning system that is independent of GPS,” says Jeroen Koelemeij of Vrije Universiteit Amsterdam.

How close does the new system pinpoint your position?

The research team says they are developing a system which employs radio signals with much larger bandwidth, enabling the highest possible positioning accuracy. The study findings, published in the journal Nature, show the team’s navigation system was accurate within 10 centimeters, or less than four inches, in urban settings.

“At the same time, bandwidth within the radio spectrum is scarce and therefore expensive. We circumvent this by using a number of related small bandwidth radio signals spread over a large virtual bandwidth. This has the advantage that only a small fraction of the virtual bandwidth is actually used and the signals can be very similar to those of mobile phones.” 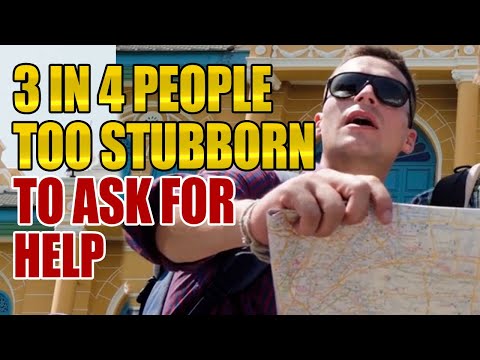