MATSUMOTO, Japan — Sometimes our biggest critic is ourselves. We’ve all had a bad day and gone to bed feeling despondent. In those moments, it’s easy to feel like a loser, or like the punchline of everyone else’s joke. Fascinating new research out of Japan, however, suggests we should all be a little easier on ourselves.

Scientists at Shinshu University have found that when we hold negative beliefs about ourselves (like saying “I’m a loser”), these thoughts tend to self-perpetuate and influence future self-perceptions. In other words, negative thoughts about oneself can develop into a self-fulfilling prophecy.

“People with psychiatric disorders including major depression tend to hold negative self-schema such as ‘I am incompetent’ and ‘I am a loser in life,’” says corresponding study author Noboru Matsumoto, associate professor in Shinshu University’s Division of Psychology, in a media release. Self-schemas are what a person thinks of themselves.

“However, how people form and update self-schema and what individual differences are involved in these processes are unresolved issues in scientific research.”

Feeling depressed can cause the brain to overreact

To analyze both the formation and renewal of self-schema, the research team put together a psychological experiment featuring a collection of undergraduate students who were under the impression they were about to test a new machine learning-based personality assessment. After each question during a fictional psychological test, participants received one sentence of feedback on their personality traits, behavioral tendencies, and future prospects.

Each person received the same feedback, but in random order. After that, they had to rate each sentence based on how accurately they thought it applied to them. After finishing that task, the group took part in a surprise memory test asking them to remember the feedback they just received.

“We found two important factors are involved in self-schema formation and updating: emotional valence — positive or negative — of the event experienced and how much people think the event is consistent with their current self,” Prof. Matsumoto adds. “Cognitive reactivity, or the tendency to overreact when in a negative or depressive mood, was associated with greater self-schema updating.”

This research is based on the mnemic neglect paradigm, which refers to people’s tendency to selectively forget negative information about themselves. People with psychological disorders, such as depression, are actually less likely to exhibit mnemic neglect and more likely to remember negative aspects of themselves.

Events from childhood can stick around throughout life

According to researchers, people who already see themselves in a negative light are more likely to remember and incorporate negative feedback because it aligns with their pre-established self-perception. This tendency is reinforced by cognitive reactivity, Prof. Matsumoto notes, because people with negative self-schema are also more likely to take even minor negative information more personally.

“In contrast to laboratory settings, where the participants already hold well-established self-schemas, the simulation can demonstrate how self-schemas develop without previous knowledge,” Prof. Matsumoto explains. “The simulation allows us to mimic the influence of accumulated positive and negative experiences from early life on self-schema development. By manipulating parameters related to cognitive reactivity, we can evaluate how individual differences influence the dynamics of self-schema development.”

The simulations indicate that when people with high cognitive reactivity encounter negative events in early life, negative self-schema developed and strengthened — even if positive events followed later in life.

“These findings suggest why some individuals develop mental illnesses even in good environments,” Prof. Matsumoto concluded, adding that longitudinal studies are warranted comparing how well the simulations match up with real life. “Altering the way people encode and integrate events into self-schema may enable the prevention and treatment of mental illness.”

The study is published in the journal Cognitive Therapy and Research. 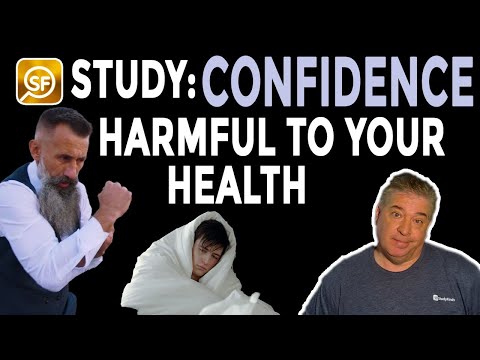