WASHINGTON — Many men avoid certain careers and fields traditionally associated with women, according to researchers with the American Psychological Association focusing on typical male career choices. Their report finds men are less likely to pursue careers in early education and a few other fields that have a reputation of being more feminine.

While earlier studies have noted bias against men in health care, early education, and domestic (HEED) fields, this current project set out to measure the tangible influence of that bias.

One experiment involving 296 U.S. online participants involved one group reading an article that accurately described research finding educators prefer a female elementary school teacher applicant over a male applicant with the same qualifications. Meanwhile, another group received a different article to read claiming there is gender equality in early elementary education. Finally, there was a control group that didn’t read any article.

Male participants in the cohort that read about male gender bias reported anticipating more discrimination in early elementary education and felt less sense of belonging, less positivity, and less interest in pursuing a career in that field. Female participants in that same group, on the other hand, weren’t affected and reported similar responses across the other groups. Additionally, another experiment involving 275 students at Skidmore College reached similar conclusions.

“It’s a detriment to society if we keep slotting people into gendered roles and stay the course on gender-segregated career paths, regardless of whether those jobs are traditionally associated with women or men,” Moss-Racusin says in a media release. “That’s a powerful way of reinforcing the traditional gender status quo.”

Prof. Moss-Racusin theorizes these trends are rooted in traditional views of motherhood, like the stereotype that women are more caring and inclined for care-oriented professions.

The subject of pay likely deters many men from HEED fields, considering the low pay commonly found in such positions. This may be connected to discrimination against women and a devaluing of work associated with them, Prof. Moss-Racusin adds. She believes more active recruitment tactics and mentoring of men in HEED fields could help reduce gender bias and encourage more men to enter these professions.

The study is published in the Journal of Experimental Psychology. 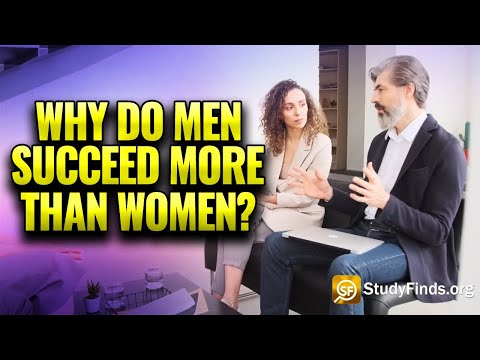