GAINESVILLE, Fla. — Many people believe that older adults are very susceptible to fake news online. Surprisingly, however, new research from the University of Florida reports older adults are no more likely than their younger counterparts to believe misinformation. Only the “oldest of the old” showed any age-related susceptibilities to fake news.

“We wanted to see if there was an age difference in determining whether news is true versus false,” says lead study author Didem Pehlivanoglu, a postdoctoral researcher in the Department of Psychology at UF, in a university release. “We specifically wanted to look at this because we know that with aging most people show some decline in their cognitive abilities. But we also know some information processing abilities are preserved or even improved.”

Up until now, scientists have conducted little to no research on older adults’ specific susceptibility to fake news and which factors, if any, may help or impair an individual’s ability to differentiate between fact and fiction. Despite that, one earlier project did conclude that older adults shared more false stories online in the lead up to the 2016 U.S. presidential election. More recently, many have speculated that older adults are more susceptible to COVID-19 misinformation than younger people.

“People have this perception that older adults are going to perform worse than young adults across the board but that is not the case,” adds study co-author Brian Cahill.

Study authors argue that while it’s true cognitive skills and sharpness decline as we get older, it’s also true that with greater age comes more wisdom and experience. Also, older adults tend to consume more news than any other age group. Researchers theorized that older adults may not be as vulnerable to misinformation as many assume.

To research this topic, the Florida team conducted an experiment between May and October 2020. Participants were either older (ages 61-87) or much younger (college students). The volunteers had to read and evaluate 12 full-length news articles concerning COVID and non-COVID topics. Half of the articles were real, and half were fake. After completing each article, researchers asked each participant if the information provided was true and how confident they were in their decision. Next, study authors measured participants’ analytical reasoning skills, positive affect (positivity), and news consumption frequency.

Ultimately, that analysis revealed young and old adults are generally capable of identifying fake news at the same rate. More specifically, accurately deciding whether or not an article was real was much more related to an individual’s analytical reasoning skills than their age. Notably, both young and older adults were less adept at detecting fake COVID-19 news in comparison to “everyday fake news.”

However, “more elderly” adults (ages 70+) did show a lowered capability to detect misinformation of all kinds. Moreover, that decreased ability had a connection with an individual’s measured analytical reasoning skills, positive affect level, and news consumption frequency.

It’s all about the details

“More elderly” adults showing robust positive affect and consuming lots of news were the most likely group to engage in “shallow” information processing. This mean failing to look closely at displayed information, or not paying close enough attention to details.

“It is a particularly high-risk population with high stakes for wrong decision making, not just for themselves but also for society at large,” concludes study co-author Natalie Ebner, a psychology professor at UF.

The study is published in the Journal of Experimental Psychology. 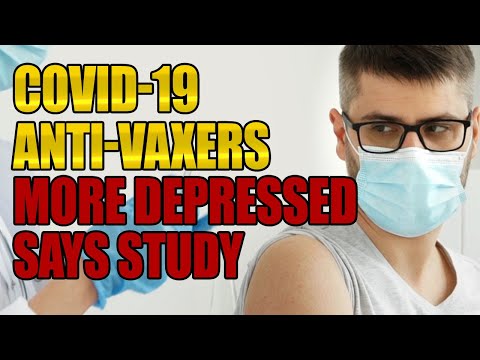 Why so many people have moved to Florida – and into harm’s wayOctober 20, 2022