LISBON, Portugal — Organic vegetables are often home to harmful, disease-causing strains of bacteria, a new study warns. Researchers from Spain say people who buy produce treated with organic fertilizers such as manure could live to regret their choice.

They discovered more than 50 species of potentially harmful bacteria on samples of organic spinach and lettuce. Organic fruit and vegetables are becoming increasingly popular as more people switch to fully organic diets to avoid pesticides, fertilizers, and herbicides.

Unfortunately, the team finds these foods could be contaminated with harmful bacteria from human or animal sources instead. These are likely transferred to the vegetables during their growth, harvest, transport, processing, and handling.

Vegetables in particular can contain single-celled organisms like free-living amoebae (FLA), which feed on bacteria. Some can be extremely harmful to humans. These nasty bacteria, dubbed Trojan horses, resist the organism’s digestion and present a serious threat to anyone eating them.

“However, comparatively little is known about the occurrence and diversity of free-living amoebae on organic vegetables and their role in transmitting human pathogens.”

What’s hiding in your organic produce?

The team collected samples of lettuce and spinach from local supermarkets in Valencia between November 2020 and May 2021. They then used a special scientific technique to identify the DNA of any bacteria found inside the amoebae. The main types of bacteria identified were Flavobacterium and Pseudomonas, which generally do not cause disease in humans.

However, they found 52 types of harmful bacteria, including Legionella, Salmonella, and Arcobacter in a third of the samples. These strains can cause serious diseases like pneumonia and gastrointestinal illnesses.

Another species called Vermamoeba vermiformis which often cause severe infections were hiding in a fifth of the vegetable samples. Researchers found Acanthamoeba castellanii, a bacterium capable of causing blindness and encephalitis, in almost two-thirds of samples (63%).

“The presence of bacteria of public health concern contained inside the free-living amoebae suggests that they are vehicles that can easily transmit pathogens capable of reaching humans and causing health problems through contaminated organic vegetables,” Dr. Moreno says.

“Contamination can arise as a consequence of treating soil with organic fertilizers such as manure and sewage sludge and from irrigation water.”

Studies conducted in different countries are still necessary to understand more about the quality and safety of organic vegetables worldwide.

“Leafy greens are particularly susceptible to fecal contamination due to their proximity to the ground and the likelihood of humans consuming them without cooking,” Dr. Moreno concludes. “Our results also stress the need to educate the public on safe and proper handling of fresh organic vegetables before eating them fresh or slightly cooked.” 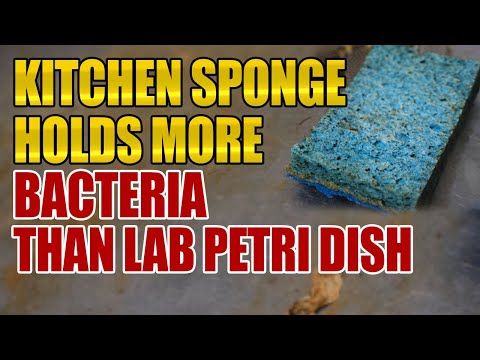