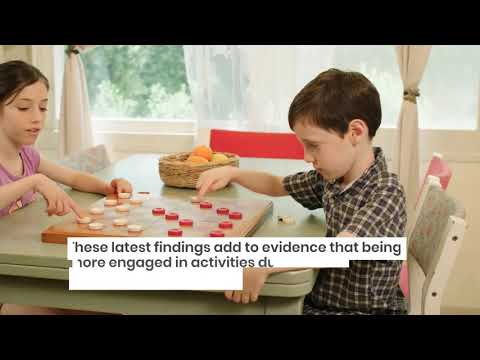 EDINBURGH, Scotland — A new study finds that playing board and card games regularly may help your mental performance in the game of life as you grow older. No, not the board game, the real game of life. Researchers at the University of Edinburgh say that participants who reported routinely playing non-digital games performed better on thinking and memory tests in their 70s.

Furthermore, the study’s authors also noted that it’s never too late to get started; even participants who only started playing more board games during their 70s were still more likely to score higher in cognitive assessments than adults who rarely played non-digital games.

“These latest findings add to evidence that being more engaged in activities during the life course might be associated with better thinking skills in later life. For those in their 70s or beyond, another message seems to be that playing non-digital games may be a positive behavior in terms of reducing cognitive decline,” comments Dr. Drew Altschul in a release.

At the beginning of the study, more than 1,000 participants, all aged 70 years old, were asked to complete a series of tests assessing memory, thinking speed, problem solving, and overall cognitive ability. Then, until the age of 79, each participant took the same series of tests every three years. Simultaneously, the participants were asked how often they played games like chess, bingo, crosswords, etc., on two occasions — at ages 70 and 76.

Next, the research team used a statistical analysis to examine the relationship between one’s game-playing habits and thinking skills. An intelligence test that the participants had taken when they were 11-years old (the Scottish Mental Survey of 1947) was also made available to the authors, and was included in the analysis. Additionally, other lifestyle factors, such as education, exercise frequency, and socio-economic status, were considered.

Even people who only started playing more board games in their 70s experienced less decline in their thinking skills, especially in memory and thinking speed assessments.

“Even though some people’s thinking skills can decline as we get older, this research is further evidence that it doesn’t have to be inevitable. The connection between playing board games and other non-digital games later in life and sharper thinking and memory skills adds to what we know about steps we can take to protect our cognitive health, including not drinking excess alcohol, being active and eating a healthy diet,” says Caroline Abrahams, Charity Director at Age UK.

Researchers are hopeful their findings will help the medical and scientific communities better understand what lifestyle choices and hobbies can improve patients’ chances of enjoying improved thinking skills in old age.

Moving forward, Professor Ian Deary, director of Edinburgh’s Centre for Cognitive Ageing and Cognitive Epidemiology, notes that he would like to determine if certain games are more beneficial than others.

The study is published in The Journals of Gerontology Series B: Psychological Sciences.

Best Car Seats In 2023: Top 5 Products Most Recommended By Safety Experts8 mins ago