NOTTINGHAM, United Kingdom — A meteor may have killed the dinosaurs, but it seems the Sun was the real terror back in the day. Geologists from the University of Nottingham have found that UV radiation contributed to the mass extinction of about 80 percent of marine and land species 250 million years ago.

At first glance, it seems impossible to know how intense the Sun was millions of years ago. However, when study authors examined the structure and composition of 250-million-year-old rocks from Tibet, they discovered pollen. Standing at half the width of a human hair, the fossilized pollen grains were wedged and preserved inside the rocks. Using a new method to study plants, the team could analyze the pollen’s composition, which had compounds that acted as a natural “sunscreen” against the Sun’s harsh ultraviolet rays.

“Plants require sunlight for photosynthesis but need to protect themselves and particularly their pollen against the harmful effects of UV-B radiation,” explains study co-author Barry Lomax in a university release. “To do so, plants load the outer walls of pollen grains with compounds that function like sunscreen to protect the vulnerable cells to ensure successful reproduction.”

The pollen formed as an evolutionary adaptation against the Sun’s UV rays, which suggests they were so strong they threatened the ancient plants’ existence. While the pollen blocked the UV rays, not every species in that time period had a natural sunblock.

The rocks date back 250 million years ago, meaning the pollen appeared during the Permian period. This era in history occurred 299 to 251 million years ago and was the last period of the Paleozoic era. It is most known for having one of the five biggest mass extinction events. Researchers believe the end-Permian mass extinction event wiped out almost 80 percent of sea and land species and was the result of a volcanic eruption that covered what is now present-day Siberia. Volcanic eruptions release a high amount of carbon into the Earth’s atmosphere, contributing to greenhouse warming and weakening the ozone layer.

“We have developed a method to detect these phenolic compounds in fossil pollen grains recovered from Tibet, and detected much higher concentrations in those grains that were produced during the mass extinction and peak phase of volcanic activity,” adds Liu Feng, a professor from Nanjing Institute of Geology and Paleontology.

“Volcanism on such a cataclysmic scale impacts on all aspects of the Earth system, from direct chemical changes in the atmosphere, through changes in carbon sequestration rates, to reducing volume of nutritious food sources available for animals,” says study co-author Wes Fraser, a professor at Oxford Brookes University. 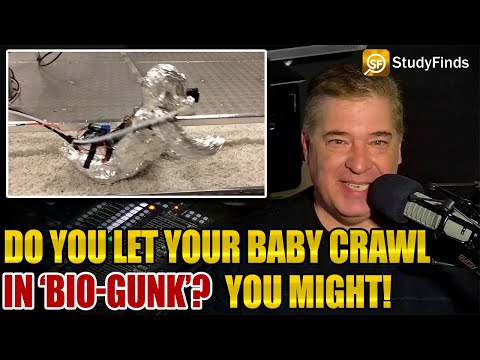 Best Playgrounds For 2023: Top 4 Backyard Sets Beloved By Experts And Kids2 mins ago

Spoiled rotten: Shopping with the kids adds nearly $50 extra in expenses42 mins ago