BALTIMORE — Does the effectiveness of medicine come down to your posture? A new study finds a person’s posture while taking pills can affect how their stomach absorbs the drugs.

Researchers used a state of the art “StomachSim” – based on the realistic anatomy of the human stomach – to analyze and quantify how effective medicines that people need to swallow are. Although it may seem fairly easy, scientists say that swallowing tablets is actually the most complex way for humans to absorb pharmaceutical ingredients. This is because the bioavailability of the drug depends on the medication’s ingredients and the stomach’s dynamic environment once it reaches the gastrointestinal tract.

Johns Hopkins University researchers say their model of the stomach is the first of its kind to couple gastric biomechanics with pill movement and drug dissolution to determine how much of the active pharmaceuticals actually pass through the pylorus and reach the duodenum.

StomachSim also enabled the team to calculate and compare the emptying rate and the release of a dissolved pharmaceuticals into the duodenum in a variety of physiological situations.

“We were very surprised that posture had such an immense effect on the dissolution rate of a pill,” says senior author Rajat Mittal, a Johns Hopkins engineer and an expert in fluid dynamics, in a media release. “I never thought about whether I was doing it right or wrong but now I’ll definitely think about it every time I take a pill.”

Lying on your side is the best way to take pills

The team tested four different postures while taking pills. They discovered that lying on your right side was by far the best for digestion. It sent pills into the deepest part of the stomach, causing dissolution to take place 2.3 times faster than sitting or standing upright.

“For elderly, sedentary or bedridden people, whether they’re turning to left or to the right can have a huge impact,” Mittal explains.

Standing upright was a decent second choice, essentially tied in effectiveness with lying straight back.

“Oral administration is surprisingly complex despite being the most common choice for drug administration,” Mittal continues. “When the pill reaches the stomach, the motion of the stomach walls and the flow of contents inside determine the rate at which it dissolves. The properties of the pill and the stomach contents also play a major role.”

“However, current experimental or clinical procedures for assessing the dissolution of oral drugs are limited in their ability to study this, which makes it a challenge to understand how the dissolution is affected in different stomach disorders, such as gastroparesis, which slows down the emptying of the stomach.”

Could this lead to smarter pills?

Mittal adds that the stomach’s contents and gastric fluid dynamics are among the factors that contribute to a drug’s bioavailability. Moreover, stomach contractions can induce pressure and generate complex pill movements in the body.

All of these factors lead to varying rates of pill dissolution and an uneven emptying of the pill into the duodenum. Researchers say these issues create several challenges for the design of oral medications, especially pills which have a delayed reaction.

“In this work, we demonstrate a novel computer simulation platform that offers the potential for overcoming these limitations,” Mittal concludes. “Our models can generate biorelevant data on drug dissolution that can provide useful and unique insights into the complex physiological processes behind the oral administration of pills.”

The findings are published in the journal Physics of Fluids. 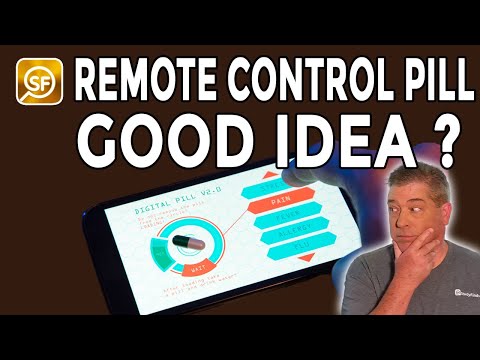