SOPHIA ANTIPOLIS, France — Experiencing menopause before turning 40 may significantly increase the risk of dying from heart disease among women. A new study from Korea involving 1.4 million women found a connection between premature menopause and heart problems such as heart failure and irregular heartbeats.

“Women with premature menopause should be aware that they may be more likely to develop heart failure or atrial fibrillation than their peers,” says Dr. Ga Eun Nam, a researcher at Korea University College of Medicine, in a media release. “This may be good motivation to improve lifestyle habits known to be linked with heart disease, such as quitting smoking and exercising.”

Heart disease tends to be a more talked-about problem for men, since many cardiac diagnoses occur up to 10 years later for women, on average. One explanation for the lower incidence of heart problems amongst women is their higher levels of estrogen. The hormone appears to have a protective effect on the cardiovascular system, but this tends to go away once menopause begins, as women experience a drop in reproductive hormones.

Menopause occurring before age 40 affects just one percent of all women. Previous research has also linked premature and early menopause (before age 45) with an increased risk of overall heart disease. However, how these conditions impact heart problems such as heart failure and irregular heartbeats has been unclear.

The current study collected data from the Korean National Health Insurance System (NHIS), which provides health screenings every two years for 97 percent of the population. Over a million postmenopausal women over the age of 30 who completed the NHIS check-up in 2009 took part in the study. The researchers tracked their health outcomes for heart failure and atrial fibrillation until 2018. They also collected any information regarding their health behaviors, age of menopause onset, use of hormone replacement therapy, and demographics.

Two percent of women in the study experienced premature menopause, with most reaching this reproductive stage by 36.7 years. A nine-year follow-up of all the women, regardless of menopausal status, found that three percent had heart failure and 3.2 percent had atrial fibrillation.

Study authors found a smaller but similar risk for irregular heartbeats. Women who reached menopause after turning 50 had a four-percent risk while women with premature menopause had an 11-percent risk.

Her team says the fall in estrogen levels during menopause may have contributed to heart risks but other factors such as changes in weight could also play a part.

“Our study indicates that reproductive history should be routinely considered in addition to traditional risk factors such as smoking when evaluating the future likelihood of heart failure and atrial fibrillation.” 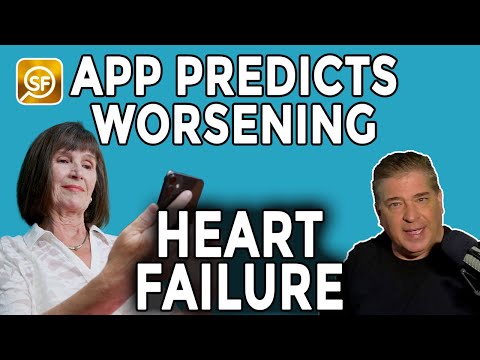