CHARLOTTESVILLE, Va. — Premenstrual mood swings and anxiety are so common that they represent a “key public health issue globally,” according to a new study. Researchers from the University of Virginia say 64 percent of women experience these symptoms.

Their study finds most women experience premenstrual syndrome (PMS) symptoms every menstrual cycle, with those symptoms regularly affecting their day-to-day lives. Regardless of age, one of the most common reported PMS symptoms is mood swings or anxiety. Across all age groups, at least 61 percent of women report mood-related symptoms during every menstrual cycle. Researchers explain this suggests “that premenstrual mood symptoms are a key public health issue globally.”

“Our study demonstrates that premenstrual mood symptoms are incredibly common worldwide,” says senior study author Jennifer L. Payne, MD, director of the Reproductive Psychiatry Research Program at the University of Virginia School of Medicine, in a university release. “More important, a majority of women reported that their premenstrual symptoms interfered with their everyday life at least some of the time.”

Study authors initially set out to better understand the spectrum of PMS symptoms women experience, as well as how those symptoms impact their daily lives. To that end, the team analyzed over 238,000 survey responses from women between the ages of 18 and 55 living in 144 countries. Each participant used the Flo app, which helps women track their menstrual cycle, as well as their mood and physical symptoms during and after pregnancy.

PMS symptoms can change with age

“The incidence of reported premenstrual mood and anxiety symptoms varied significantly by country from a low of 35.1% in Congo to a high of 68.6% in Egypt,” Dr. Payne adds. “Understanding whether differences in biology or culture underlie the country level rates will be an important future research direction.”

The research team notes that a number of PMS symptoms were much more common among older participants. These symptoms included absentmindedness, low libido, sleep changes, gastrointestinal symptoms, weight gain, headaches, sweating or hot flashes, fatigue, hair changes, rashes, and swelling. Study authors explain that the higher rate of physical symptoms among older women “makes sense” because many of those symptoms have a connection to perimenopause, a transition period to menopause which can cause irregular menstrual cycles.

Dr. Payne hopes this work will increase awareness among doctors and healthcare providers regarding the frequency of PMSsymptoms, particularly mood swings and anxiety.

“There are a number of treatment strategies that are available to treat premenstrual symptoms that interfere with a woman’s every day functioning,” the researcher concludes. “Increasing awareness of how common these symptoms are, and that if they impact functioning that there are treatments available, will help women improve their quality of life.”

The study is published in the journal Archives of Women’s Mental Health. 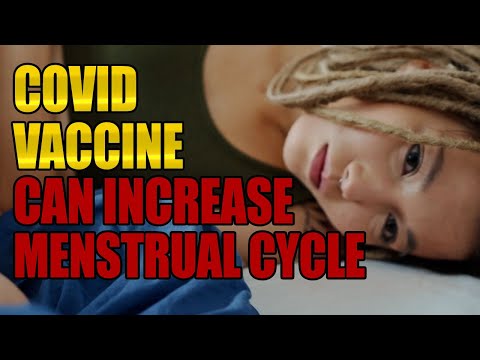