DUBLIN, Ireland — Do older adults really need to take a plethora of different medications to stay healthy? A new study finds many patients could and probably should throw out some of their prescriptions which no longer benefit their health.

Researchers from RCSI University of Medicine and Health Sciences found that medical interventions by a patient’s doctor can weed out old medications which may combine with other drugs to cause more harm than good. For many older adults, the number of prescription drugs they take seems to rise with their age. Previous studies show one in three older Americans take prescription medications which are inappropriate for their symptoms or could cause further harm.

Unfortunately, an increasing number of older people are also living with more than one medical condition, or multimorbidity. Healthcare providers often prescribe drugs which treat each of these ailments, leaving the patient or their caregivers to juggle all these prescriptions. 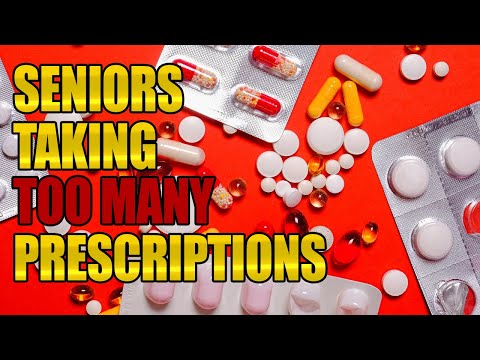 To address this, researchers looked at the results of the SPPiRE project (or Supporting prescribing in older people with multimorbidity and significant polypharmacy in primary care). The study included 51 general practitioners and 404 patients in Ireland, inviting older patients taking at least 15 medications to take part in a medication review by their doctor.

The review included a screening of each prescription to see which ones were inappropriate to take together, which ones the patients had an opportunity to stop taking, and which drugs should be a priority for patients to take. Results show doctors were able to cut out over 800 medications among 208 intervention participants.

After removing the 800+ drugs, researchers noted only 15 possibly side-effects of ending those prescriptions. Nearly every adverse event was a mild reaction to stopping treatment and those symptoms went away once doctors put patients back on that particular drug.

“It’s possible that the identification of this at-risk group who are prescribed at least 15 medicines may in itself have led to improvements in prescribing,” says Dr. Caroline McCarthy, a clinical lecturer and research fellow in the Department of General Practice at RCSI, in a university release.

“It can be daunting for GPs with limited time and resources to actively manage these prescriptions and patients can also be wary about change, particularly if they have been on a medicine a long time,” Dr. McCarthy adds.

“The intervention approach to managing this challenging problem is promising and demonstrates that, even in this very complex group, stopping medicines that may no longer be needed or appropriate is both possible and generally safe,” concludes Professor Susan Smith, Associate Director of the HRB Primary Care Clinical Trials Network.

The findings appear in the journal PLOS Medicine.

Best Places To Live In Colorado: Top 5 Cities Most Recommended By Experts7 hours ago