UNIVERSITY PARK, Pa. — Does racial bias unknowingly influence how people go through their emails? A new study claims that people are less likely to reply to an email if they believe the sender is Black.

A team from Penn State says racism can seep into many people’s lives, causing people to act in discriminatory ways, whether they know what they are doing or not. To bring to light instances of unconscious and subtle biases, researchers observed a quarter-million Americans and found that they were less likely to respond to an email survey if they believed the sender was Black rather than Caucasian.

This outcome stayed constant across all racial groups apart from Black Americans, who were just as likely to respond to a Black sender as a white sender.

“More blatant types of racism like physical violence and verbal abuse are certainly a problem, but we wanted to look at the subtler, less extreme stuff that has a tendency to build up over time,” says Professor Ray Block, the Brown-McCourtney Career Development Professor, in a media release.

Not all bias is blatant

According to Prof. Block and his team, while there has been a lot of prior research on more overt forms of racism, like racial violence and stereotypes against minority groups, fewer studies have examined smaller and more common types of racial discrimination.

For their study, which studied racial biases in communication, the researchers contacted 250,000 email addresses pulled from both a nationwide voter registration list and a commercial email list. The sample of participants included a percentage of Asian Americans, Pacific Islanders, Blacks, Hispanics, and white respondents, all reflective of the current population breakdowns.

The email requested the recipients to volunteer their time to “take a survey about contemporary political issues,” by clicking a link in the email. The team designed the emails to appear as though they were coming from either an African American or a white person. 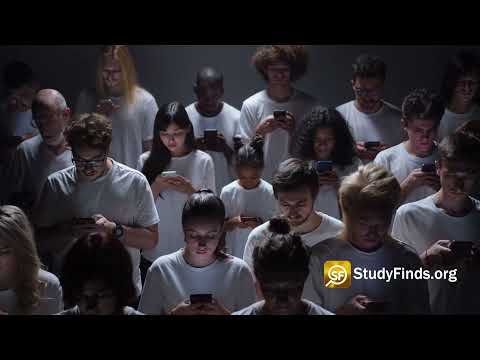 All the recipients received two emails in the space of a few weeks, one from a supposedly Black sender and one from a presumably white sender. Prof. Block adds that his team tracked whether people were more likely to open the email and click on the survey link from Black or white senders.

“A lot of prior studies on racial beliefs have been attitudinal, where researchers asked people about their feelings about minority groups,” Block says.

“But in those types of studies, people will often hide or not be truly honest about their beliefs. Our measure of discrimination is behavioral. We didn’t care about what people said, we cared about what people did.”

Discrimination did not differ depending on location

In light of the study’s results, which point out the racial disparity in the replies, the researchers continued to analyze what kind of lasting footprint this will have on society.

“And we did find that. Additionally, we still found that result when breaking it down by geographic region. People might assume discrimination may be worse in certain parts of the country, but we didn’t find that.”

The team is planning to conduct further studies on the data they collected from the participants’ thoughts on current affairs.

“Since we were able to capture people’s tendency to discriminate in this study, we could use this information as we analyze the responses to the actual questionnaire,” the study author concludes. “What if discrimination correlated with partisanship, what if it correlated with opinions about policy? Future research can explore these and related questions.”

Best Places To Live In Canada: Top 5 Cities Of The Great White North, According To Experts1 hour ago