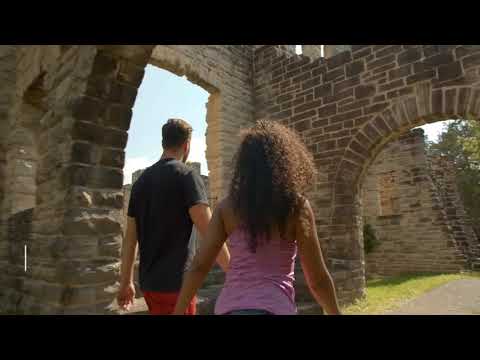 INNSBRUCK, Austria — Over 5,000 years ago, archeologists say Liangzhu City was an ancient civilization years ahead of its time. However, this walled city with complex canals, dams, and water reservoirs in the Yangtze Delta mysteriously vanished roughly 1,000 years later. Now, scientists have discovered why this advanced society disappeared seemingly overnight.

According to a new study of the ruins of Liangzhu City, researchers believe a devastating flood washed away of this prehistoric water culture. Even the city’s stunningly sophisticated dams and canals could not protect Liangzhu from the amount of water that appears to have poured in.

A technological marvel in prehistoric times

Despite not developing any metals during this age, the international team says Liangzhu City is home to the world’s oldest example of large hydraulic engineering structures. This made it possible for the people living there to cultivate large agricultural areas year-round.

Today, the area is one of the most well-preserved archaeological sites in the world, being named a UNESCO World Heritage Site in 2019. Although scientists continually study these stunning caves now, it’s still been unclear what led to the abrupt end of Liangzhu City.

“A thin layer of clay was found on the preserved ruins, which points to a possible connection between the demise of the advanced civilization and floods of the Yangtze River or floods from the East China Sea. No evidence could be found for human causes such as warlike conflicts,” explains the University of Innsbruck’s Christoph Spötl, head of the Quaternary Research Group at the Department of Geology, in a release. “However, no clear conclusions on the cause were possible from the mud layer itself.”

What do the rocks reveal about the flood?

Study authors say caves and their deposits — including dripstones — act as important “records” of climate history. They allow scientists to reconstruct the climate conditions in caves up to 100,000 years ago.

Geologist Haiwei Zhang from Xi’an Jiaotong University in China took samples of stalagmites from the two caves (Shennong and Jiulong) at the excavation site. Stalagmites are rock formations that rise up from the floors of caves due to the accumulation of materials which fall to the ground from drips in the cave ceiling.

“These caves have been well explored for years. They are located in the same area affected by the Southeast Asian monsoon as the Yangtze delta and their stalagmites provide a precise insight into the time of the collapse of the Liangzhu culture, which, according to archaeological findings, happened about 4,300 years ago,” Spötl explains.

The results show that between 4,345 and 4,324 years ago there was a period of extreme precipitation at the site. Researchers used isotope records of carbon and uranium-thorium analyses to narrow down the date of this ancient flood to a 30-year window.

“This is amazingly precise in light of the temporal dimension,” the geologist adds. “The massive monsoon rains probably led to such severe flooding of the Yangtze and its branches that even the sophisticated dams and canals could no longer withstand these masses of water, destroying Liangzhu City and forcing people to flee.”

Scientists add that the humid conditions continued for another three centuries after Liangzhu City disappeared.

The findings appear in the journal Science Advances.