SÃO PAULO, Brazil — It’s estimated that 1% of people globally suffer from rheumatoid arthritis, an autoimmune disease in which the immune system attacks the body’s tissue after mistaking it for invading pathogens. A recent study reveals new findings that shed light on the inflammatory process causing bone damage by rheumatoid arthritis. This finding uncovers the possibility of groundbreaking therapeutic inventions that could be used to reduce the effects of this disease.

The researchers at the Center for Research on Inflammatory Diseases (CRID), part of the University of São Paulo located in Brazil, found T-lymphocytes work their way into bone tissue, increasing the number of cells known as osteoclasts that break down the matrix in joints. These bone matrices are a crucial part of the bone repair and maintenance process, so reducing them can cause serious joint issues.

“This is an important finding since pain and inflammation have been treated with medications, but the bone damage that is a debilitating complication of this disease is practically irreversible,” says Fernando de Queiroz Cunha, head investigator at CRID, in a statement. The study focused on how smoking worsened inflammation causing a path to bone damage to be discovered. 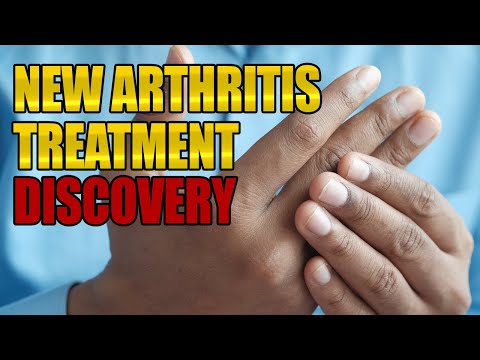 “AhR is a pollutant-detecting intracellular sensor that participates in the inflammatory process. When AhR is activated on T-cells by certain ligands, they differentiate to Th17 even more. The increase in Th17 cells exacerbates the inflammatory process,” explains CRID researcher Paula Donate. “If this receptor is activated by an external agent such as cigarette smoke, it enters the cell nucleus together with other proteins and promotes the transcription of various genes, including microRNAs, which are small regulatory RNAs inside the cell,” said Donate.

The researchers’ goal was to discover which microRNA’s inside Th17 cells were more prominent in AhR activation. After analyzing and comparing previous laboratory research involving human patients and mice, results pointed to miR-132. They found that large amounts of miR-132 inside vesicles worked as an anti-inflammatory by increasing the enzyme cyclooxygenase 2 (COX-2).

These findings could help mitigate symptoms of rheumatoid arthritis which millions of people suffer from. “In sum, this is a previously unknown mechanism that we succeeded in elucidating and that in future could be a basis for novel therapies for joint injury” concludes Donate.

This study is published in PNAS.