WASHINGTON — The rise of robots is causing burnout and job insecurity among American workers, according to new research.

Researchers working with the American Psychological Association say the thought that machines could take over the world is becoming an increasing reality, rather than the nightmarish plot of a sci-fi horror movie. Now, they are fueling workplace worry, with some employees reportedly sabotaging and even assaulting their robot replacements.

However, psychologists think that reminding ourselves of our humanity could help alleviate irrational fears about machines replacing people in the workplace. They involve repeating positive statements used to promote confidence and belief in your own uniquely human abilities.

That includes telling yourself things like “all I can do is my best,” “I’ve got what it takes,” and “I believe in my ability to succeed.”

These statements help shift focus away from perceived failures or inadequacies and onto a worker’s strengths — those you already have and those you want to develop. The study found people in the U.S. and parts of Asia feel threatened by robots, even in industries where they aren’t being used.

Lead author Professor Kai Chi Yam, a management expert at the National University of Singapore, says these worries may not be justified.

“Some economists theorize that robots are more likely to take over blue-collar jobs faster than white-collar jobs,” Yam says in a media release. “However, it doesn’t look like robots are taking over that many jobs yet, at least not in the United States, so a lot of these fears are rather subjective.”

‘Most people are overestimating the capabilities of robots’

Yam’s team carried out tests and analyzed data from participants in the U.S., Singapore, India, and Taiwan. In one experiment, working with industrial robots fueled stress and unrest among 118 engineers employed by an auto manufacturing company in India. An online survey of 400 participants found self-affirmation exercises reduced feelings of hopelessness.

The workers wrote about characteristics or values that were important to them, such as friends and family, a sense of humor, or sports.

Information about robot prevalence in 185 towns and cities in the U.S. – along with the use of popular job recruiting sites such as LinkedIn and Indeed – found employee worry is common. Areas with the highest numbers had the most searches, even though unemployment rates were the same. People may have felt more job insecurity because of robots, the researchers explain. However, it is possible they were seeking new careers or feeling dissatisfied with their current one.

In another trial, 343 parents of Singapore students had to read an article about robots in business or in general or an unrelated story about machines. The first group reported significantly higher levels of job insecurity than the two others, Prof. Yam reports.

Does the media make things worse?

While some individuals may have legitimate concerns, media coverage may be unnecessarily heightening fears among the general public.

“Media reports on new technologies like robots and algorithms tend to be apocalyptic in nature, so people may develop an irrational fear about them,” Yam concludes.

Earlier this year, a study identified meat packers, cleaners, and construction workers as most at-risk of being replaced by a machine. Teachers, lawyers, and physicists were safe.

Three years ago, an investigation by De Montfort University in Leicester found British workers are particularly against to the introduction of AI (Artificial Intelligence). The researchers unearthed stories of employees disrupting the effectiveness of robots by confusing them, standing in the way, and even committing minor acts of sabotage.

The new study is published in the Journal of Applied Psychology. 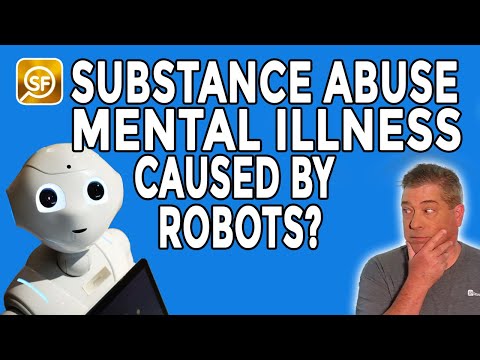 Best Places To Live In The Midwest: Top 5 Cities Recommended By Experts1 hour ago

See, I’m sick! 38% go to work ill just to prove it to their co-workers2 hours ago

Best Vodka For 2023: Top 5 Bottles Most Recommended By Expert Reviews2 hours ago

Best Sleeping Bags In 2023: Top 5 Camping Staples Most Recommended By Experts2 hours ago

Want to stop drinking alcohol? All you may need is a greater sense of purpose2 hours ago