ALBUQUERQUE, N.M. — Seeing a mouse scurry across the kitchen floor can make even the toughest of us shriek in fear. Now, there’s even more good reason to jump out of the way and call your local pest control company. Rodents are a breeding ground for life-threatening lung diseases, a new study by researchers at the University of New Mexico shows.

As fungal diseases in humans are on the rise, scientists have been on the hunt to find out why and where these diseases are coming from. Through their research, they found fungal pathogens that cause diseases in humans in the lung tissues of rodents. This suggests that these small creatures may be passing those diseases onto us.

“Our analysis, which specifically focused on lung pathogens that cause disease in humans, detected a wide range of fungi in the lung tissues of small mammals,” says lead author Paris Salazar-Hamm, of the University of New Mexico, in a statement. “We found that many of the rodents we sampled from areas in the Southwestern U.S. were harboring the type of fungi that can cause lung infections in humans, such as the fungus that leads to Valley Fever, a disease that typically causes flu-like symptoms and can be life threatening.”

Like COVID-19, these diseases can jump from body to body, causing it to spread quickly, as well as evolve and diversify, making the fungi even more harmful to humans. Scientists used next-generation sequencing, a method that allows a quick assessment of wide-ranging species of fungi, to investigate the rodents.

“We detected the fungus Coccidioides, the cause of Valley Fever, in the lung tissues of animals from Kern County, California, and Cochise and Maricopa Counties in Arizona, areas that have high rates of this disease,” says Salazar-Hamm. “In addition, we detected sequences from Coccidioides in animals from Catron, Sierra, and Socorro Counties in New Mexico, which is the first time this pathogen has been detected in the environment in this region.

“This is the first big study using next-generation sequencing to assess the fungi in the lungs of small mammals,” she adds. “Our results support the hypothesis that rodents could be a breeding ground for respiratory fungal pathogens.”

This study is crucial for scientists to work out where potential diseases could be caught.

“Current forecasts of the distribution of Coccidioides, based on climate and soil conditions, predict that Valley fever will expand substantially northward and eastward over the next century as a result of climate change impacting environmental conditions,” says Salazar-Hamm. “Our results will inform these modeling efforts by adding valuable information about animals as reservoirs for pathogens.”

Next, scientists plan to look at the health of the rodents and see how this may impact the spread or harmfulness of diseases.

“We were not able to assess the health of the mammalian hosts from which the lung tissues were acquired. Despite the presence of pathogens, it was impossible to say conclusively that there was disease,” notes Salazar-Hamm. “It would be interesting to further explore the impact of the fungi on the mammals. That effort would require more detailed information about the general health of the animal in question.”

The study is published in the journal Frontiers in Fungal Biology. 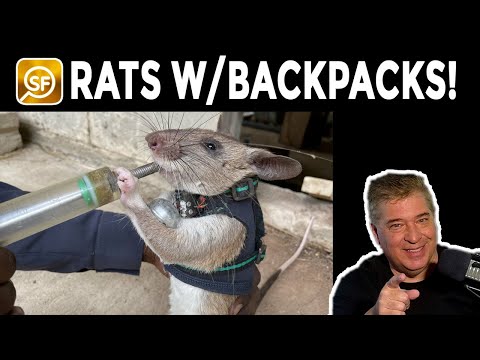 Best Smart Thermostats In 2023: Top 5 Devices Most Recommended By Experts19 mins ago