LOUISVILLE, Ky. — Bring your inhaler to the bedroom, a new study warns that sex can trigger an asthma attack.

Researchers reporting at the American College of Allergy, Asthma and Immunology annual meeting say potential triggers include a variety of sexual aids devised to get couples in the mood. These range from perfumes to scented candles, latex in condoms, and strong-smelling flowers.

The team adds that the problem could even put marriages in trouble, and doctors should discuss the phenomenon with their sexually active patients.

“We wanted to investigate whether case studies on asthma exacerbations mentioned sexual activity as a possible cause,” says Ariel Leung, MD, an ACAAI member and lead author of the study, in a media release. “Many people don’t realize that the energy expenditure of sexual activity is about equivalent to walking up two flights of stairs. Reported cases are infrequent, possibly because those suffering an asthma flare may not realize the trigger.”

The findings are based on a review of scientific papers in citation database PubMed. Dr. Leung and colleagues searched using keywords such as “sexual intercourse,” “honeymoon asthma,” and “allergic reaction.” The respiratory condition can be fatal if left untreated. Roughly 25 million people in the U.S. alone have asthma.

“Another possible cause of underreporting of this condition is the intimate nature of the subject,” says allergist A.M. Aminian, MD, an ACAAI member and co-author of the study.

“People may not be comfortable discussing with their allergist an asthma flare that was caused by sex. But allergists are specialists in the diagnosis, treatment, and management of asthma. If anyone would be able to guide a patient in how to avoid an asthma flare in the future, it would be their allergist. When sexual activity-induced asthma is properly identified and treated, allergists are better able to improve their patient’s quality of life.”

Bedroom ‘exercise’ can leave you breathless — in a bad way

Previous studies have found other medical conditions that sex can exacerbate among people of all ages. These include heart problems like sudden cardiac death. At the same time, healthy activities like exercising aren’t always helpful when you have a history of asthma.

“Exercise has been long associated as a trigger for asthma,” the researchers write in the journal Annals of Allergy Asthma & Immunology. “Exercise induced symptoms have been attributed to 40-90% of asthmatic patients. However, sexual intercourse is uncommonly associated as exercise.”

“The few reported cases allude to underreporting of this condition given the intimate nature of this subject. Disclosure relies on the patient’s comfortability with their provider and the provider’s awareness of characterizing sexual activity as exercise. It is estimated the energy expenditure of sexual activity is approximately equivalent to walking up two flight of stairs. When sexually activity induced asthma is properly identified and treated, allergists are placed in a position where they can improve their patients’ quality of life,” study authors write.

“Properly investigating all causes of asthma exacerbations, including sexual intercourse, which shares its pathogenesis with exercise-induced asthma, can place allergists in a position of positively improving their patient’s lives, including their marriages.”

A survey from the United Kingdom found 68 percent of asthma sufferers say their sex lives have been directly affected by the condition. Three in four have been left feeling embarrassed after taking their inhaler on a romantic night out.

Almost half said they would be more sexually confident if they did not have asthma. Some have reduced the amount of sex they have or stopped having intercourse altogether. 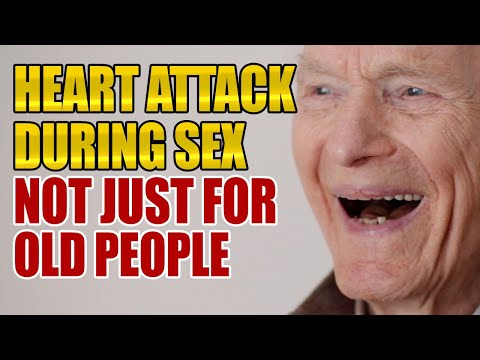 How do you save a friendship? Researchers suggest acting more like them4 mins ago

Who wins Super Bowl LVII? Computers playing Madden NFL 23 have the answer — and the score!31 mins ago