CANBERRA, Australia — An expedition to find a new shark species has led to the discovery of a shark “graveyard” at the bottom of the ocean. Samples of the graveyard contained fossilized teeth dating back to an ancient ancestor of the megalodon shark. The discoveries will help scientists better understand past and present life in the ocean.

The discovery was made during two biodiversity surveys of Australia’s newest marine parks. The first voyage was to the Cocos Islands Marine Park in a remote part of the Indian Ocean. The second was an underwater voyage to the Gascoyne Marine Park off Western Australia.

On the most recent voyage to the Cocos Islands, a team from Australia’s national science agency (CSIRO) discovered the shark graveyard on the seafloor. Scientists on board the research vessel (RV) Investigator found the graveyard at a depth of 5,400 below the seafloor. There laid 750 fossilized shark teeth representing a number of predatory species. The shark teeth were a mix of modern and ancient sharks.

“The teeth look to come from modern sharks, such as mako and white sharks, but also from ancient sharks including the immediate ancestor of the giant megalodon shark,” explains Glenn Moore, a curator of fishes at the Western Australian Museum, in a media release. “This shark evolved into the megalodon, which was the largest of all sharks but died out about 3.5 million years ago.”

The Megalodon is one of the most powerful predators to have ever lived but the only living proof of its existence are fragmentary remains like teeth. Not much is known about its appearance and size. The current burial discovery suggests the teeth are related to a close relative of the megalodon which grew to be over 12 meters long — that’s nearly 40 feet.

“We’ve also found a few mako and white shark teeth during the underway voyage but nothing like the numbers found during the previous voyage. It’s incredible to think we’ve collected all these teeth in a net from the seafloor some 4 to 5 km below the ocean surface,” says Dr. Moore.

In addition to the graveyard, the team also found evidence of a new species of shark.

“Early in the voyage, we collected a striking small, stripey hornshark,” says Will White, a shark expert from CSIRO’s Australian National Fish Collection. “This species is unique to Australia, but it hasn’t yet been described and named. The specimen we collected will be incredibly important to science because we’ll use it to describe the species.”

Hornsharks spend most of the day camouflaged among rocks and seaweed on the ocean floor. At night they’ll emerge from their hiding place in search of food. Based on the specimen sample, the newly discovered species lived over 150 meters deep, though there is nothing known about its behavior.

“Australia has a truly enormous marine estate that’s home to some of the most diverse marine life on the planet but we still know very little about what lives beneath the waves,” says Dr. White. “From the very first survey on this voyage, we’ve been making new discoveries and collecting data that will be vital in helping to protect and conserve the life in our oceans.”

Scientists use pieces of equipment such as underwater towed and remote cameras to study marine life and seabed habitats in Gascoyne Marine Parks. This has helped capture several shark species, including some taking bites on the equipment.

The discovery of new species is actually common among biodiversity surveys, says John Kessing, a marine researcher at the CSIRO. Scientists say a third of the species collected on these surveys are new to science.

Additionally, the “discoveries we make aren’t just limited to new species. These voyages give us the opportunity to learn more about marine ecosystems, as well as species range, abundance, and behavior,” Kessing adds. 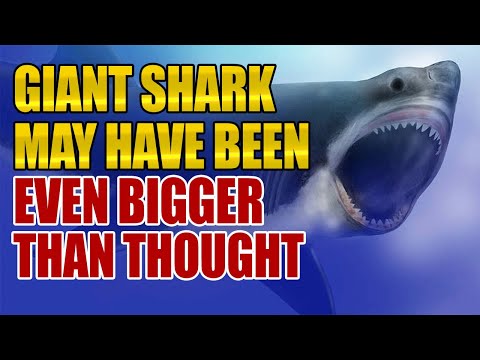