MEMPHIS — For many people, there’s a constant, nagging inner monologue telling them to start a new diet or get back in the gym. However, some dieting and fitness plans may be doing more harm than good. Whether it’s intermittent fasting, cutting carbs, or going Keto, new research is advising caution for those who restrict their eating habits. Researchers at The University of Tennessee Health Science Center say that eating only one meal per day is associated with an increased risk of death in American adults 40 and older.

The findings contradict the many articles on intermittent fasting research previously published on StudyFinds which demonstrate the wide-ranging benefits of the practice. For example, just recently one report linked intermittent fasting to greater longevity. Another shows that it could potentially help prevent diabetes. Any changes to your diet should always be discussed with your doctor first.

According to the scientists behind this latest report, skipping meals can have harmful effects to your health. While you might enjoy dropping a few extra pounds, skipping breakfast is associated with a higher risk of cardiovascular disease mortality. Similarly, missing lunch or dinner can lead to a higher risk of death in general.

The timing of your meals also plays role in health. For those who eat three meals daily, researchers say that meals should be spaced out by 4.5 hours of each other. Otherwise, you may be inching closer to death’s door.

“At a time when intermittent fasting is widely touted as a solution for weight loss, metabolic health, and disease prevention, our study is important for the large segment of American adults who eat fewer than three meals each day. Our research revealed that individuals eating only one meal a day are more likely to die than those who had more daily meals,” says lead study author Yangbo Sun, from the Department of Preventive Medicine at The University of Tennessee Health Science Center, in a media release.

The investigators analyzed responses and causes of death from over 24,000 American adults 40 years-old and older who participated in the National Health and Nutrition Examination Survey (NHANES) between 1999 and 2014. The survey collects data on everything from diet to general health across the U.S.

Researchers found that people who ate less than three meals a day (about 40% of the participants) shared common characteristics such as having less education, lower income, food insecurities, drinking more alcohol, smoking, and have less energy intake overall.

“Our results are significant even after adjustments for dietary and lifestyle factors (smoking, alcohol use, physical activity levels, energy intake, and diet quality) and food insecurity,” adds the study’s senior investigator, Dr. Wei Bao, from the Department of Epidemiology, College of Public Health at the University of Iowa.

Dr. Bao explains that skipping meals means obtaining more energy all at once, which can throw off your body’s ability to metabolize glucose. This can result in damage to your metabolism.

So, the next time you’re considering hopping on the newest diet trend, think twice. Limiting your body’s food (and fuel) intake can have serious long-term consequences and that is more important than fitting into the next size down in jeans. As mentioned, it’s best to talk with your doctor first to figure out the best dietary routine for your health.

The study is published in the Journal of the Academy of Nutrition and Dietetics. 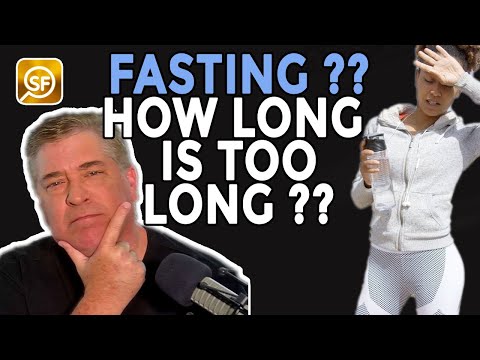