STANFORD, Calif. — A smart bandage that makes a serious wound heal 25 percent faster has been developed by scientists. Researchers at Stanford say the battery-free and flexible device monitors wounds and delivers treatment all at the same time.

It could help diabetics with painful leg or foot ulcers that last for months, as well as treat other patients with chronic injuries. The state-of-the-art dressing repairs tissue by combining electrical stimulation and biosensors.

A miniature prototype was tested on mice. The team tracked the data in real time on a smart phone, all without the need for wires.

“In sealing the wound, the smart bandage protects as it heals,” says co-first author Yuanwen Jiang, a post-doctoral scholar in the lab of Zhenan Bao, the K.K. Lee Professor in Chemical Engineering in the Stanford School of Engineering, in a media release. “But it is not a passive tool. It is an active healing device that could transform the standard of care in the treatment of chronic wounds.”

The electronic layer is just 100 microns thick – about the thickness of a human hair. It includes a microcontroller, radio antenna, memory, electrical stimulator, biosensors, and other components. Underneath lies a cleverly engineered, rubbery, skin-like hydrogel that delivers healing electrical stimulation and collects the biosensor data. It contains a polymer designed to adhere securely to a wound when needed yet pull away harmlessly when warmed to 104°F – a few degrees above body temperature.

“Across pre-clinical wound models in mice, the treatment group healed 25 percent more rapidly and with 50 percent enhancement in skin remodeling,” Prof. Jiang says, according to a statement from SWNS. “This was compared with controls. Further, we observed activation of pro-regenerative genes in immune cell populations, which may enhance recovery.”

Infections, diseases, and suppressed immune systems slow healing, often leading to anxiety and depression. It can be a life-threatening problem for some.

Electrical stimulation is known to spread skin cells to a wound, limit bacterial infections, and mend damaged tissue repair. The smart bandage’s capabilities harness its healing powers in the most efficient and accurate way to date. Technically, it senses temperature which falls as inflammation subsides and wounds heal.

“With stimulation and sensing in one device, the smart bandage speeds healing, but it also keeps track as the wound is improving,” says co-first author Artem Trotsyuk, the Chair of the Department of Surgery and Professor of Biomedical Engineering at the University of Arizona. “We think it represents a new modality that will enable new biological discovery and the exploration of previously difficult-to-test hypotheses on the human healing process.”

Further analysis showed the bandage works by triggering an anti-inflammatory gene called Selenop. It has been found to help with pathogen clearance and wound repair. It also switches on another protein called Apoe which has been shown to increase muscle and soft tissue growth. Likewise, electrical stimulation increased the amount of the immune system’s white blood cell populations, namely monocytes and macrophages.

The researchers hope to scale up the “promising, proof of concept design” for mass production. They also want to add sensors that measure metabolites, biomarkers, and acidity.

The device is described in the journal Nature Biotechnology. 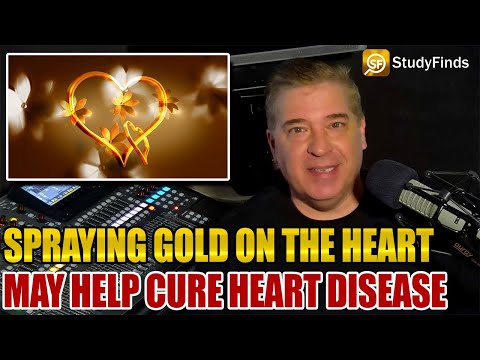 Adding milk to coffee doubles its anti-inflammatory power6 mins ago

Best Steakhouse Chains In America: Top 5 Restaurants Most Recommended For The Finest Filets21 mins ago

Entrepreneurs are often feverish workaholics. So what’s their secret to avoiding burnout?43 mins ago